This Place Might Very Well Fuel Your Next Screenplay 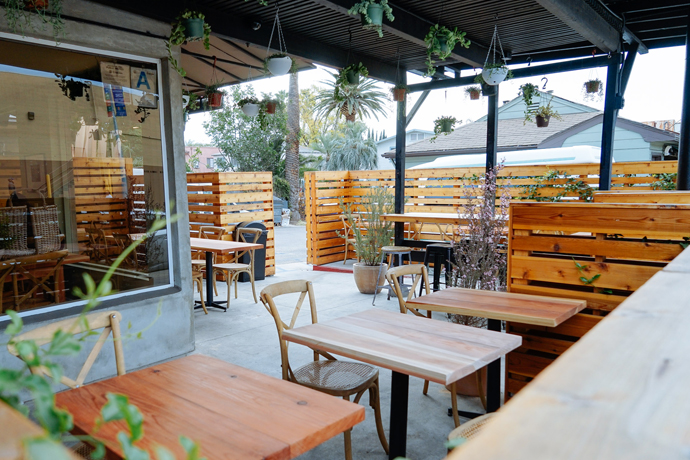 You have a rapidly approaching deadline on your hilarious-yet-just-poignant-enough Netflix bio-series.

Yet... you just can't seem to keep your mind off this Daniel vet's breakfast burrito.

You're clearly destined to work at All Time, a sunny new spot to spend your mornings and early afternoons in Los Feliz, now open on Hillhurst. Check it out.

This was previously Twenty40 from McCall's Butcher Shop. Now it's mostly bright, wood-clad patio from Handsome Coffee Roasters founder Tyler Wells. You'll order at the counter while trying to fight the temptations of a pastry display, then wade through a dense crowd of neighborhood cool kids to land outside with a friend. Or a laptop. Whichever's better company.

And yes, there will be coffee. Probably quite attractive coffee. But you're really here for the fresh breakfast dishes and lunch sandwiches from a Daniel, DGBG and DB Bistro vet.

For now, you'll have to wrap things up around 4pm. At least until they put the finishing touches on the dinner service they're planning to introduce in the next few weeks.

If only time was measurable in breakfast burritos.