Relax. You've Got This. 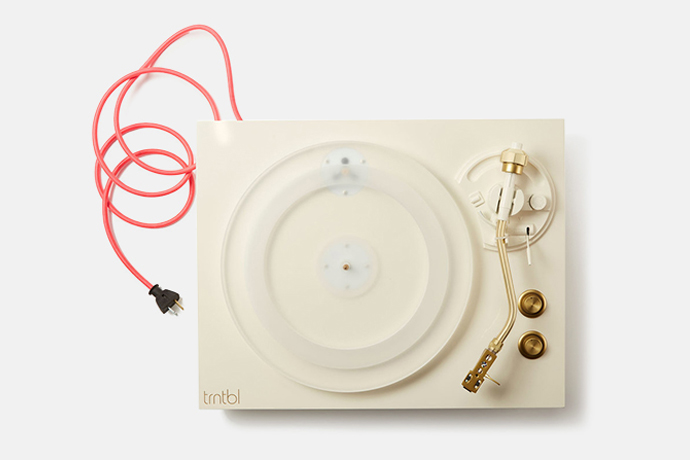 You've waited until the 11th hour to show everyone how much they mean to you.

Well, maybe. No idea. But on the off chance that's actually the case, we've taken the liberty of assembling this last-minute gift guide for your last-minute gifting pleasure. It's all available in spots around town right this very moment.

Yes, even the surfing lesson...

For that one person on your list who always insists that everything sounds better on vinyl, this gold-on-white wireless record player from Goop's pop-up in the Design District is a no-brainer. Plus, it's a great excuse to pop in and see just how right they really are. $500, Wireless Record Player (in-store only)

Sometimes, Miami isn't a constant 95 degrees. And sometimes, our skies are more cloud-filled than sun-filled. And sometimes, someone you know needs a jacket to weather all those conditions. A jacket like this one from Unknwn. $175, BBC X Hebru Brantley Flyboy Coaches Jacket

Chances are, you know someone who has a thing for sweets. Aside from you, we mean. Although getting one of these homemade coconut cakes for yourself probably isn't such a bad idea, either. $100, Mom's KYU Coconut Cake at KYU

The beach and civil liberties collide with this limited-edition ACLU x the Standard collab beach tote designed by Prabal Gurung. Let someone take this to the beach because it's nice, is all we're saying. $85, Prabal Gurung Beach Tote

Give dad the gift of flight at this indoor skydiving center, where he'll coast along in a windtunnel, doing tucks and rolls and other things that would be hilarious to watch your dad do. $70-$110, Earn Your Wings and Spread Your Wings Packages

Somewhere out there, a stocking is missing some very fancy Tiffany straws that are available in rose vermeil, sterling silver or vermeil. Let's fix this together. $250-$350, Tiffany Crazy Straws at Tiffany & Co in the Design District

Not many people are going to walk away from chocolate chip cookies. Or cookies in general. That's why Cindy Lou's Cookies like Nutella Swirl, Red Velvet with Cream Cheese Swirl and Deep Dish S'mores make such damn good sense. $4.25 each, Cindy Lou's Cookies

Gear
It’s Not an Art Gallery, It’s a Wynwood Bike Shop
Where You Can Virtually Race People, of Course

Gear
The UrbanDaddy Miami Valentine’s Day Gift Guide
Trust These 8 Gifts, for They Will Lead You to Great Success

Gear
The UrbanDaddy Miami Holiday Gift Guide
Because the Holidays Are Coming, That’s Why

Gear
Fine Print
A 3D-Printed Replica. Of You.

Gear
Father Time
Five Things Your Dad Will Actually Like