Mexican-Inspired Omakase on La Cienega. An Idea Whose Time Has Come. 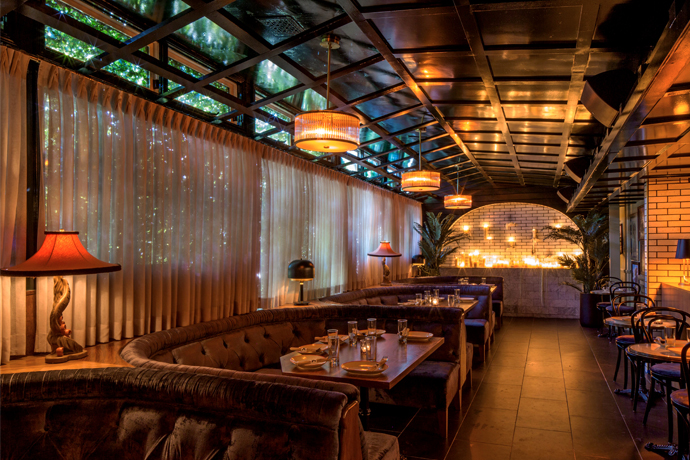 (As opposed to the 364 other days dedicated to eating tacos in LA.)

And speaking of tacos, we're going to continue to speak of tacos.

Time for Petite Taqueria, a fashionable Mexican concept from the crew that brought you Nice Guy, Poppy and Delilah, now open in West Hollywood looking like this.

Let's get this out of the way first. The tableside guacamole here is named for Kendall Jenner. Clearly, Leo's al pastor in a gas station parking lot is not what you're coming for. It looks more like a set piece from La Boheme, a romantically frayed bistro of velvet sofas, potted palms and subway tiles slathered in framed art.

You'll most likely visit with a group on a big night out. You'll call for a round of margaritas and assorted botanas, which translates to queso dip, esquites and Mexican pizza for the table. More or less.

Next comes the lamb birria taco and uni-scallop tostada you ordered, and someone next to you inevitably saying "it's traditional Mexican recipes, but sort of elevated." Again, more or less.

And that small angular bar across from the patio you're occupying? That's called Ainoko, a Mexican food omakase experience that Michael's vet John Carlos Kuramoto will plot out nightly.

But sure, you can call it El Ainoko.