One of the Most Important Structures In American Literary History 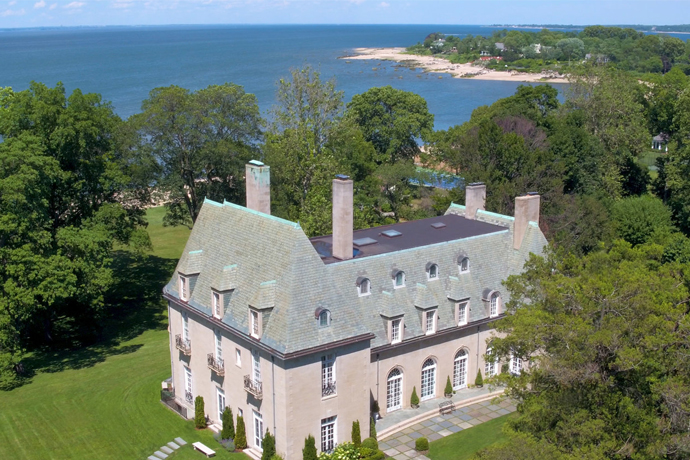 "He hadn't once ceased looking at Daisy, and I think he revalued everything in his house according to the measure of response it drew from her well-loved eyes." —Nick Carraway, The Great Gatsby.

With just $16.88 million in pocket change, it could be your house some wistful narrator is talking about, since the Rumsey-Harriman Estate, which served as the influence for Jay Gatsby's house in the quintessential Great American Novel is newly on the market in Sands Point on Long Island (actually what would be considered East Egg).

The property was described in the book as, "a colossal affair by any standard... with a tower on one side" and designed by the same architecture firm that designed old Penn Station and Columbia's main campus (and renovated the White House). Fitzgerald visited the house at the invitation of owner Mary Harriman Rumseythe, a railroad heiress, eugenics enthusiast and sister of the then-Governor of the state, It's now owned by James Mai, one of the gentlemen who correctly predicted the housing bubble, who was loosely portrayed in The Big Short, and who recently made extensive renovations. The whole thing is ironic on many levels. You can take a look around here, but here's a rundown of what you're working with: