Ancient Roman Pizza Makes Its Debut in the Marina

Roma Antica Wants to Take You to Pie School 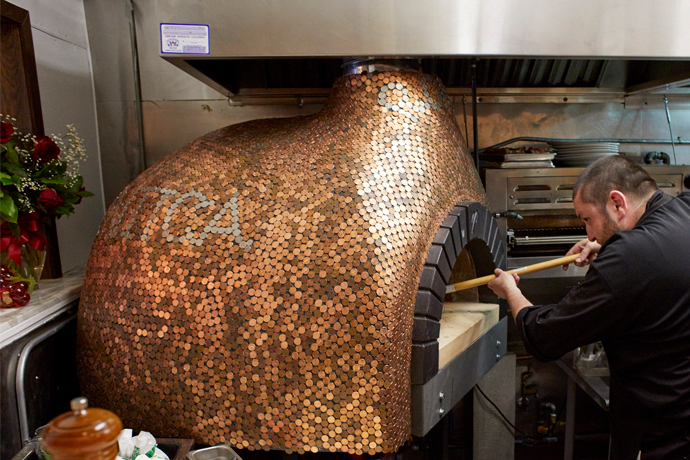 11 Photos Roma Antica
When we say, "Ancient Roman delicacy with a dough made of rice, soy and wheat."

At least you will after going a few rounds with Roma Antica, a new neighborhood Italian spot focusing on the old-old-old-school version of pizza called Pinsa. It's now soft-open in the Marina, and here it is in pictures.

You'll enter this long expanse of a restaurant and be escorted to a live-edge redwood table under a Venetian sconce resembling a branch. Or back to the Calacatta marble bar backed by a wall of Italian bricks looking in on the kitchen and the large Mugnaini pizza oven.

The latter arrangement having obviously been chosen, you'll take the limited soft-opening menu in your hand and start pointing at things. Like pastas made on-site in their back pasta room. Like six different types of bruschetta, from burrata to speck to oxtail.

Like those four pinsas: burrata, salmon, veggie and sausage. They'll be offering one per night during their soft-opening, so maybe clear out the next few days.

Oh, and they'll be doing bottomless mimosas when they launch brunch soon.