A Roving Dinner Party With a Penchant for History and Gin

First Up, Eating and Drinking Your Way Through 1947 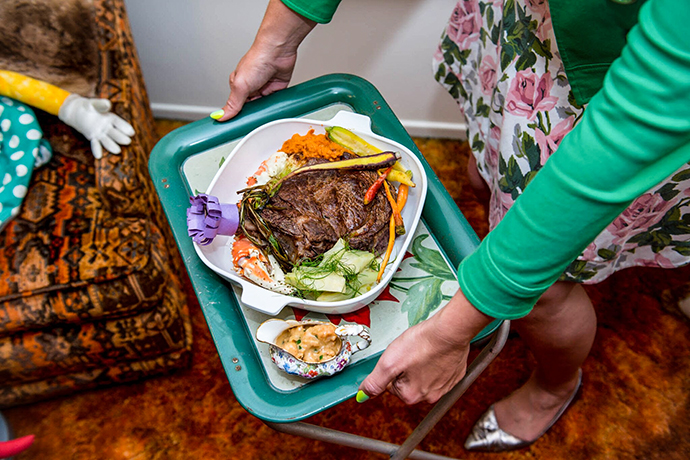 8 Photos PlaceSetting
Thanks to this planet’s great surplus of bartenders with suspenders and radical mustaches, you know just what it’s like to drink in the ’30s and ’40s.

But the eternal question still burns:

Did we say bacchanal? We may have. Since this comes from the founder of the exquisitely debaucherous Disco Dining Club with a Saint Martha/Edmon chef. Together, they’ll explore the evolution of the dinner party through full-sensory immersions into the music, décor and ingestibles of bygone days. So yeah, we may have.

First up: a 1947 mid-century West LA home where you’ll rally for pre-dinner cocktails around orange shag carpeting and the owner’s real JFK memorabilia. Then, you’ll sit down in the backyard to eat the sort of stuff people served to other people that year.

Specifically, eight courses with starters like duck pâté aside the yard’s own oranges and entrées like a Colorado lamb chop with black-eyed pea falafel. Future dinners will focus on other years. Like 1967. Or 1913. In the past, there were many years.

Plus, dinner will be sprinkled with live performances, which will mostly be musical in nature.

We’re guessing gangster rap won’t be one of them.