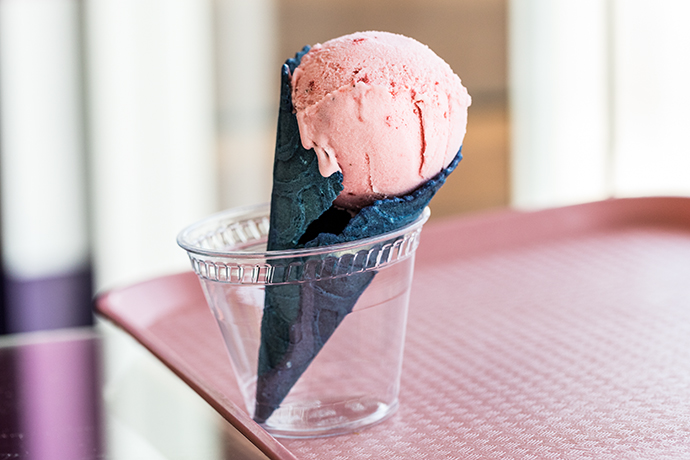 Okay, you’re now safe to frequent Helados La Michoacana, a sizable Mexican ice cream parlor and snack depository that’s now open and may very well be the most delicious spot to intake inappropriate amounts of sugar in West LA. Have a look around.

But there’s more. Much more. On a separate, wall-bound menu of after-school-ish antojitos. Like frozen strawberries under thick cream in the bottom of its own little carton. Or the Piña Loco that sees a halved pineapple filled with fruit before being drowned in chamoy, sprinkled with chile powder and topped with tamarind gummy strings.

Then there’s the Dorilocos, where a bag of Doritos is cleaved open, covered in pork skin, “Japanese” peanuts, jicama and cucumber, then drowned in an unholy trinity of Tajin, chamoy and hot sauce.

Nice. Cucumber’s supposed to be good for you.