A Gorgeous and Significant New Hotel, Courtesy of One Ian Schrager 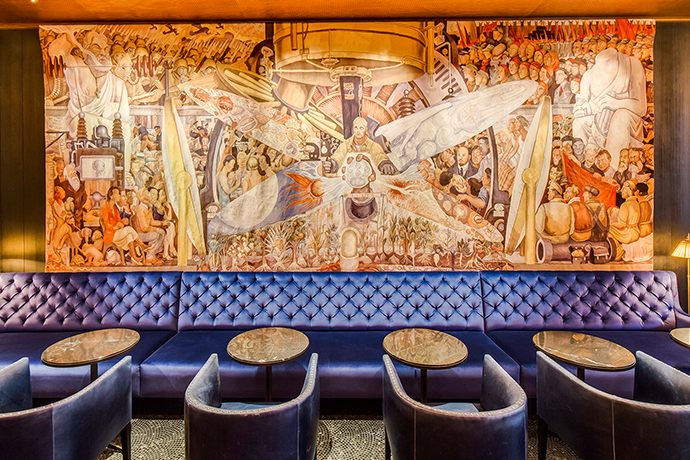 What are you up to?

But when that’s over, let’s talk about PUBLIC, Ian Schrager’s latest, now open on the LES. A place where the opening party involved a three-course dinner a la Jean-Georges, a live performance by Patti Smith, an enthusiastically dancing Olsen (who cares which) and the always-everywhere Questlove. And so, we should all be damned excited for its arrival.

Quick run-down: this is your new spot for garden dinners, rooftop drinks and maybe spending the night because why the hell not. Expect no bell hops, no concierge, and no humans involved in room service operations here. You’ll be consulting an iPad a lot, which is starting to feel normal. Rooms are chic but simple and even the largest is on the smaller side. Related: it’s shockingly afforable, which was kind of the entire point. Now, once inside, you’ll find:

First off, some supremely Instagrammable elevators.
That sort of look like you’re entering the void. [ED NOTE: no one cares that you’re in any elevator.]

A particularly charming gourmet market, grocery and coffeeshop.
Grab a sandwich or croissant and be on your way. (Or be on your way to the light-flooded lounge, with ample hanging areas, big wooden bar and pool table.)

Futher back, a restaurant helmed by Jean-Georges.
One that’s real into its ovens: a smoker, wood-burning oven and wood-burning grill are pretty much the first thing you’ll notice upon arrival, either with eyes or nose. The menu’s a little bit of a lot of things: dim sum, pizza, spicy Korean chicken.

Upstairs, there’s a handsome bar with an enormous trippy tapestry and fireplace for cooler days.
May we not need the fireplace for many, many moons.

And then there’s the expansive rooftop, with its own bar, plenty of couches and killer views of the whole damn city..
The kind of rooftop you’ll really just want to see for yourself...