A Triumphant Return to the Halcyon Days of Scotch and Steak

Bar by Aidan Demarest. Food by Michael Hung. That Works. 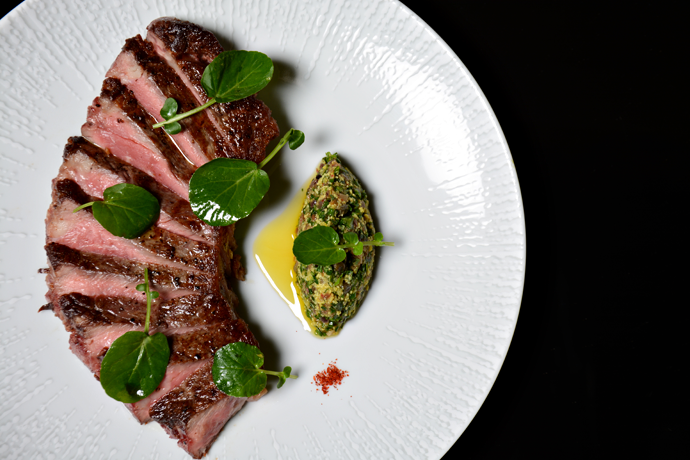 18 Photos Mama Lion
Once upon a time, people liked to eat steak.

Like they’ll do again at Mama Lion, an impressively attired supper club named for a former tenant here, opening Tuesday in Koreatown.

You’ll find Aidan Demarest in the house, who brought you practically every relevant L.A. bar today. And Michael Hung, the acclaimed former Faith & Flower chef. They’re combining forces at this slightly-’70s-inspired dazzler where you half-expect to catch the ghost of Robert Mitchum enjoying a single malt and some light mischief in a corner.

You’ll go here yourself when a stylish Koreatown night out that doesn’t necessarily require Korean food sounds appealing. A man in a suit will greet you, like the old days, before you’re squired to a seat around the gleaming bar.

It’d probably be prudent to pick from the 80 scotches to drink. Unless a Rusty Nail will get you there faster. Next, uni tostadas and avocado samosas will be summoned from someone in a gold dress, forewarning the cast-iron prime NY steak your heart’s been set on.

And there you’ll dally. Drinking drinks. Amusing confidantes. Left foot moving to the band as they provide steak-and-whiskey-appropriate ambiance.