Finer Fields Has Those Designers You Can Never Find 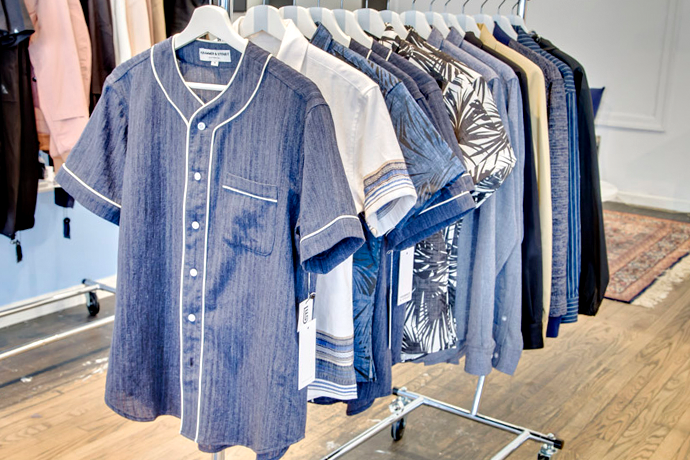 20 Photos Finer Fields
In our never-ending quest to make your life in this city better, we’ve found what we hope is the future of shopping.

It’s called Finer Fields, and it’s a Nolita menswear spot that works with an app to bring you handsome things from designers that are hard to come by in real life. It’s open now, and here it is.

We’re big believers in actually trying on clothes and getting the handfeel before you buy them. Some things just don’t work. And there’s nothing sadder than the idea of a dejected you, reaching into a box and looking down at a shirt that you immediately know won’t fit right, after days of anticipation and refreshing the UPS tracking site. But with emerging designers, it’s not always possible to touch their wares before you buy them.

This is here to remedy that by carrying stuff you can usually only find online—camp shirts from Krammer & Stoudt, cotton cropped summer trousers (the pants equivalent of wide lanes) from Willy Chavarria, deco-print shorts from Carlos Campos, and equally standout pieces from a handful of other labels.

Now for how it works: check out the app to see what you might like. Then go there to see it in reality. Look around, caress the things you like. Tell someone you need to try them on. Let’s say you decide to buy these things. Some helpful shopkeeper will come along and scan the thing, and it’ll be on its way to your door (gratis, if you’re in the city). But let’s say you’re on the fence, and it’s only later you decide to pull the trigger. Everything’s on the app for you to buy from there. The benefit: going about your day without carrying stuff around, and sweet, sweet anticipation.

They’ll be bringing in more designers eventually, along with regular events like an art show with Absolut Art, and designer parties. You can check their Instagram for updates.