It’s Not Too Late to Go to These Coachella Parties

That Is, if You Like Weed Massages and Giant Slip ’N Slides 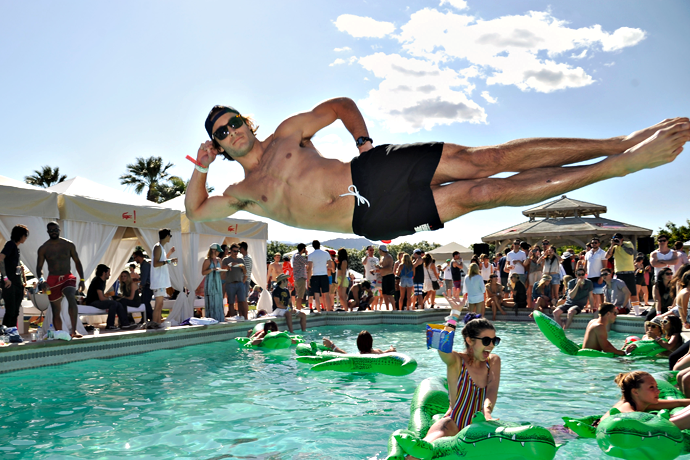 It’s all about the music.

Except when it’s all about the weed massages.

And the adult Slip ’N Slide.

So, okay, Coachella is nowhere close to being all about the music.

Some of you just go to party. And if some of you other people strive to be like those people, you’ll listen to our picks for the parties you should plan to hit between sets.

CannaSpa at Coachella
This cannabis-forward retreat in Indio is ending its first day of spa treatments that use weed-infused oils and such with a four-course, cannabis-infused dinner party prepared by a guy named Chef for Higher at a private estate. Too bad you weren’t planning to do any drugs at Coachella.
$100, CannaSpa at Coachella

40z and Waffles
Barbecue. Malt liquor. Beer pong. Adult-size Slip ’N Slide. It’s all included with the price of a ticket to this LA brunch party gone to the desert.
Apr 15, $64-$106, 40z and Waffles