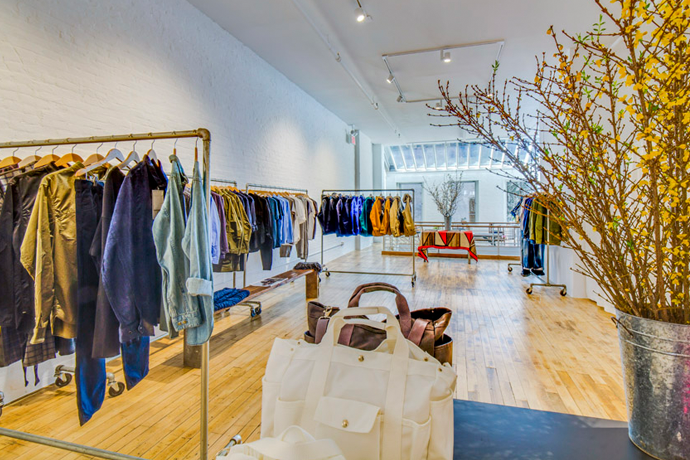 24 Photos 180 The Store
We’re not in the habit of plugging public relations companies.

But there’s this one called Williamson. They represent a lot of the clothing labels you sometimes find yourself salivating over. Recently, they thought to themselves, “Hey, what if we opened a really huge, sunny Tribeca space where we actually sell things to people from these brands. And what the hell—let’s toss in a few extra brands that are tough to find. And you know what else—let’s have this whole area we just fill with succulents and plants people can buy, because that always looks good.”

Then they made it so, in the form of 180 The Store. It’s open now for your perusal and splurge needs.

After doing your initial intake of the splendor of the space, look down. You’ll find a lot of Japanese things that are frustratingly difficult to find, even online, in America. For instance, Nanamica’s first-ever retail shop-in-shop, where you’ll score admirably fussed-over sweaters and outerwear, and a collection of Chimala’s archives, which exist nowhere else. Those guys do things with denim that... it’s just beautiful.

If you’re in the market for the Platonic ideal of a henley (more on that next week), Rivay’s got their own shop-in-shop going on right now. Expect a lot of pop-ups going forward as well, bringing in other labels, their designers and a bunch of limited-edition pieces.

And about that lush garden you walked past on the way in—it’s all put together by Green Fingers, the brainchild of someone who calls himself a “plant artist” and whose botanical works may end up being the tipping point between a date spending the night and a permanent IRL left swipe.

Don’t underestimate the romantic appeal of a good-looking cactus.