From Madrid to Miami, Tatel Has Finally Arrived

Ceviche, Wine and Chandeliers From Some Very Notable Gentlemen 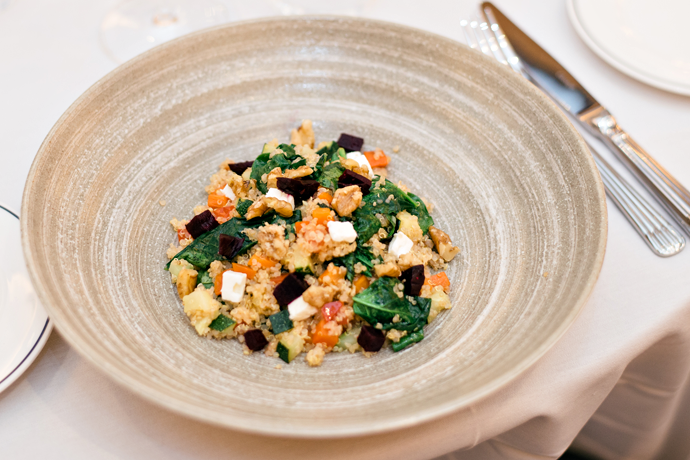 It’s Tatel, the first stateside iteration of the Madrid-based restaurant from those very gentlemen that you’ll henceforth take dates to for wine and sea bream ceviche. It’s now open at the Ritz-Carlton, South Beach, and here it is in pictures.

Quite the interesting pedigree behind this place. Great. Now that that’s established, let’s move on to matters of greater import.

Like the circular bar and lounge area beneath a massive chandelier where you’ll begin the evening’s proceedings with a Verano de Tatel, generously comprised of vodka, berries, citrus and red wine. Note the hotel’s original black-and-pearl terrazzo floors. The copper DJ booth with live music nightly. The reinterpreted Spanish-style art.

And, most importantly, that former Nobu chef’s menu. You’ll have moved to a table by this point. You’ll have anguished over what to order between the confit potato omelet with truffles, the charcoal braised octopus leg or the fried veal steak, also with truffles.

You’ll have realized that the things you anguish over are probably not as anguishing as they could be.