And You Can Literally Get Married There. Just Saying. 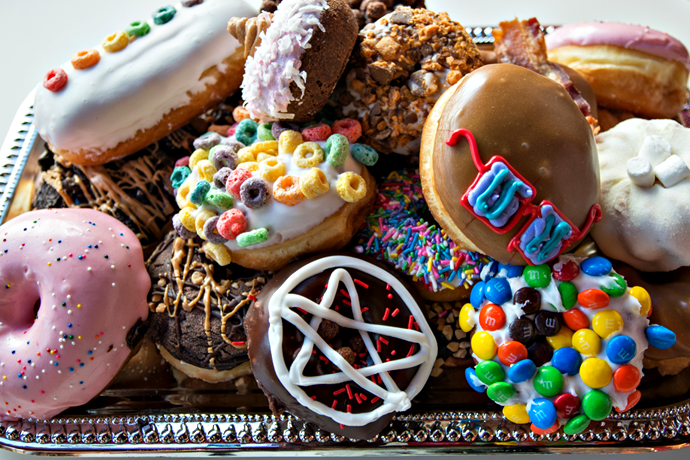 Perhaps a little too far.

And so it’s our great pleasure to inform you that Voodoo Doughnut, Portland’s notorious house of black magic and icing, is now soft-open at Universal Citywalk with 60 doughnut variations. Figured you’d be into a peek.

Yes, you’ll have to scale the hill to Universal’s mall to reach this Pepto-colored temple of carbohydrates. Which isn’t ideal for grabbing a doughnut and coffee for your morning freeway-to-work shuffle.

But it is ideal for obtaining...

—The eponymous Voodoo doughnut, which bleeds jam when pricked with a pretzel stick.

—Macchiato from the Stumptown station.

—A pink box that sort of resembles a heavy metal record.

—A Southern California-only “Hollywood Cream,” distinguishable mostly for its maple glaze and sunglasses made of icing.

—A nook where weddings are conducted in front of a casket.