Here’s Where to Find a Lo-Fi Night of Burgers, Whiskey and the Ghost of Elliott Smith

This Is the Most Silver Lake Place Ever 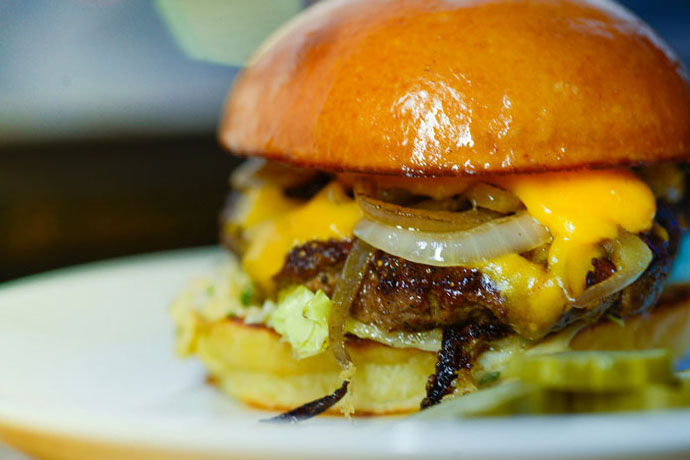 They’re out there just being regular walls when Elliott Smith precipitously stands in front of them, catapulting them into Los Angeles rock lore.

This is the story of just such a wall.

And the Negronis and burgers that exist behind it.

Remember that friend’s basement made for drinking and listening to albums? This is the sophisticated version of that. A lo-fi local named for an Elliott Smith song, with plywood holding the mezcal and rye over the bar, and a portion of the mural made famous from Smith’s Figure 8 album cover surgically attached to the interior. Remember albums?

Anyway, you’ll come here with low-hoopla dates and friends, when a solid drink with a cheddar burger, a clam pizza or short rib au poivre with fries behooves you. Sit at the glass-block window looking onto Sunset with a glass of European wine or a Black Lodge (bourbon, Laphroaig, Cynar and Montenegro), and discuss the first thing passing by.