Here’s What You Need to Figure Out Valentine’s Day, if You’re Into That

And Also, Critical Intel on NYFW:M and Colombian Hangover Cures 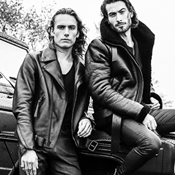 The Blackest of Black Leather Jackets

Sometimes you can just sit back and let the leather jacket do the talking for you. This is one of those times. Perks has a selection of ink-black hides courtesy of the Face New York, who specialize in handsome badassery. And in this case, that selection is up to 26% off. You’ve always been the strong, silent, saving type. 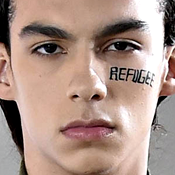 Everything, Everything You Need to Know About New York Fashion Week: Men’s

Last week, we spent the majority of our days running around New York Fashion Week: Men’s. Now it’s your turn to go all in and process the plentiful Nick Wooster sightings, Rolling Stones sculptures and shearling jackets that you’re going to want in your closet sooner rather than later. And don’t leave until you’ve heard the models talking about Trump. Not that you would. 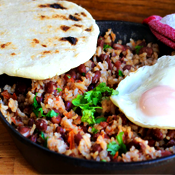 Your Hangover-Curing Colombian Stir-Fry Will Save You

No one ever told you the perfect hangover breakfast comes in the form of the Colombian dish called calentado: a big fry-up made from leftover rice and beans, ground beef, plantains... basically whatever you have in the fridge. But we just did, so your life just got that much better. The part of your life that involves hangovers, at least. 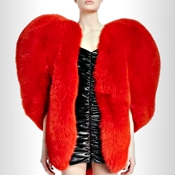 All the Valentine’s Day Intel You Require

You’ve got less than a week to secure an intimate spa getaway, plan the most epic breakfast in bed imaginable or pull off some sort of grand romantic gesture that would put Notebook-era Gosling to shame. Good thing you’ve also got this Valentine’s Day Guide. 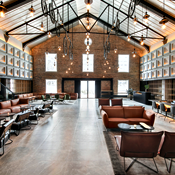 This building in Singapore used to be a warehouse. Now, it’s a 37-room hotel with a rooftop infinity pool and a restaurant serving up 24-hour sous vide pork collar. Sometimes time is kind. 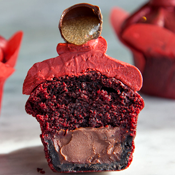 And Here We Have a Pie Inside a Cupcake

A chocolate-cookie-crusted mini chocolate cream pie would be good on its own. But say you took that pie and baked it into a red velvet cupcake, then topped that with cinnamon cream cheese frosting and a champagne-filled chocolate truffle, then gave it a “let’s try and make this thing viral” name like, oh, PieCupen. Okay, okay, we’ll investigate. But only because of the imminent Valentine’s Day situation.

The Weekender
Cider, a Rocket Stove and Binge-Worthy TV
It's Everything a Good Weekend Requires

The Weekender
The Weird Internet Hall of Fame: Hooked On a Feeling
The Music Video for David Hasselhoff's 1997 Flop Will Live Forever

The Weekender
Batman’s Illustrious Sex Life and the All-Inclusive Resort of Your Dreams
Oh, and Don’t Forget About Father’s Day...

The Weekender
On Fancy Pocketknives, Bob Dylan and Your Great Maldivian Romance
We’re Here to Discuss a Few of Your Favorite Things

The Weekender
For Memorial Day Weekend and Beyond...
What to Wear, What to Drink and Who to Hire as Your Golf Caddie

The Weekender
If You Like Master of None, You’ll Love This Vacation
And If You Want to Wear a Bro Romper, Read This First