The Most Elegant Hotel an Old Warehouse Can Offer

Starting With the Infinity Pool Overlooking the Singapore River 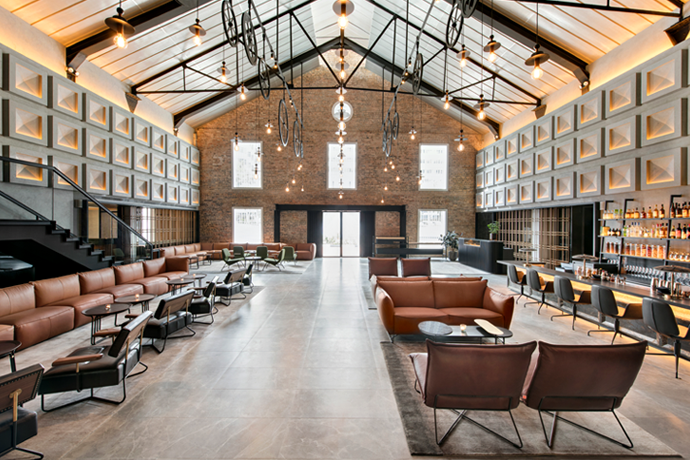 10 Photos The Warehouse Hotel
There comes a time in every weary traveler’s life when they find themselves sleeping in a place they didn’t expect.

An airport concourse. A train station. A farmhouse occupied by a farmer and his three beautiful daughters. (But that’s another story.)

But if you’re really lucky, sleeping in an old warehouse in Singapore is the way to go.

We’re talking about the Warehouse Hotel, a gloriously restored former site of labor and toil that’s now an elegant little perch with 37 rooms perfect for whiling away your leisure time. It’s now open in the Robertson Quay neighborhood looking like this.

Right, about that body of water. That would be the Singapore River. And that’s what you’ll be gazing at from your king-size pillow-top mattress in the attractive, high-ceilinged River Suite on top of this former 1895 godown. That is, when you’re not busy...

Drinking in the lobby.
We don’t mean that in the metaphorical sense. There’s a cocktail bar down there inspired by the waterfront’s shady past of pirates and bootleggers. Not sure where they drink today.

Eating at Po.
That’s the restaurant specializing in upgraded versions of popiah from Willin Low, founder of Wild Rocket. There’s also duck-and-truffle pie tee, kurobuta char siu, charcoal-grilled Iberico pork and 24-hour sous vide pork collar. You could probably eat on the street for less. If you were willing to not have charcoal-grilled Iberico satay.

Shopping at the front desk.
There’s a little retail depot there selling art, bikes, guidebooks, lighters and flasks. Unfortunately, we are not qualified to advise you on the sanity of using a flask in public in Singapore.

Paddling about the pool.
That would be an infinity pool on the roof of this whole hotel. It looks down on the river. But it’s presumably warmer.

Doing things outside of the hotel.
Eh, it’s an option.