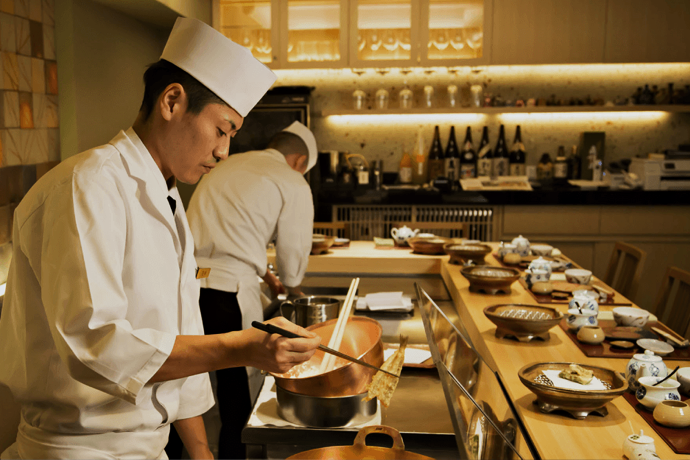 Miles from your place to LA’s Sushi Ginza Onodera: Presumably many less than that.

It’s one of the more highly regarded Japanese names in fresh fish, and it’s now open for omakase in West Hollywood.

This 16-seat, minimalist temple was assembled for your special sushi occasions. For those times when screenplays are sold, giant checks bearing your name get presented on your doorstep by talk show sidekicks or you just want to experience the more lavish side of raw seafood and have about $300 scorching a hole in your pocket.

Make a reservation and they’ll do the rest. Namely, flying a bunch of fish in from Tokyo, preparing each piece of sushi individually before your eyes and making it look all pretty like this.

You’ll probably start with the chawanmushi. Then find your way into a couple of cooked appetizers. Soon, you’ll be seriously deep into a multicourse procession of pristine nigiri. Some rare and well-regarded sake might even make an appearance before dessert.