1. This Boutique Hotel in Wicker Park. 2. This Luxury Hostel Right Next Door. 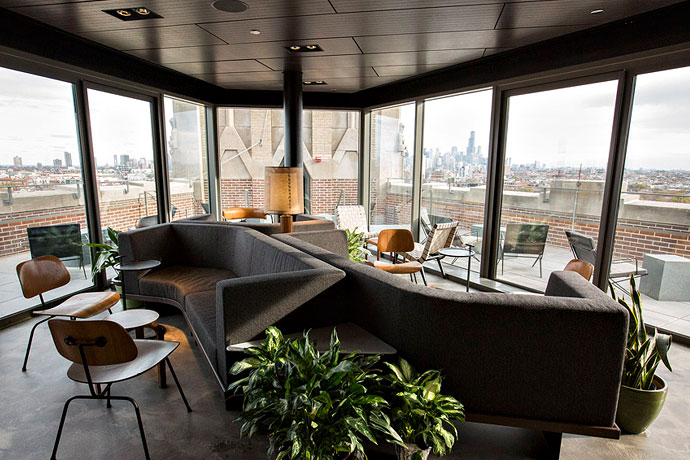 20 Photos The Robey and The Hollander
Chicago is on quite the roll as of late.

The Cubs won their first World Series in over a century.

It’s still not negative-something degrees there.

And to top it all off, here come the Robey and the Hollander.

One’s a high-end 12-story boutique hotel in a modernized art-deco-style landmark building, the other’s an industrial-chic hostel above an iconic ‘L’ stop, and they’re both open now in the enclave of Wicker Park. (Here’s what they look like.)

Let’s start at the Robey...
Where you’ll stay when you want the pampering of staying at a downtown Chicago hotel with the added benefit of... not being downtown. This place is really the first of its kind for the area, which is often described using phrases like “hip,” “youthful” and “so many beanies.”

To boot, all 69 rooms come with a view of the action below. Other highlights include: an all-day French-American restaurant called Café Robey, featuring things like orange zest french toast for brunch and crispy duck confit for dinner; a guests-only indoor/outdoor rooftop lounge called Up & Up; and, most importantly, late checkout.

Next door, you have the Hollander...
It’s just a more modern take on the classic hostel. The café offers bottled cocktails and Chicago-style hot dogs. It’s also the world’s first-ever Social Stay, which allows you to connect with the other guests via Instagram or the Hollander app before you arrive.

This was bound to happen sooner or later.