Fried-Chicken Sandwiches. That’s What They Do Here.

A Most Noble Lunch Pursuit in SoMa 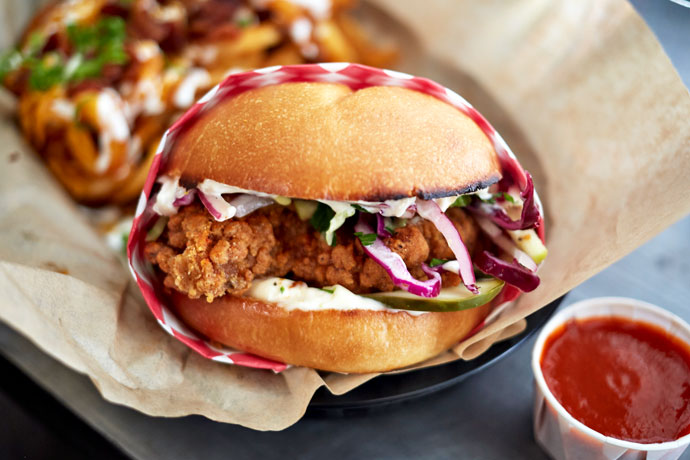 10 Photos The Bird
Want to hear a hilarious ancient proverb by Euripides about the dubiousness of guilty pleasures?

No? Just want to get right to the fried-chicken sandwiches today? Okay, we can do that.

This is the story of the Bird, a new place that simply wants you to hang out and eat fried chicken all day. It’s soft-open now in SoMa, and here’s what it looks like.

Since they’re just ramping up, there are a few things you should know: they’re only open on weekdays for the first week or so. They’re also only making 200 sandwiches per day. When those are gone, they’re closed. So there were your formalities.

As for your play, show up tomorrow afternoon on the early side. You’ll probably wait in line for a minute in the sparsely handsome space with white tiled walls, a few tables and not much else.

When you reach the front, just do what comes naturally, which will probably be ordering the only two things on the menu: curly fries and, yes, that fried-chicken sandwich with celery, housemade apple slaw, mayo and pickles.

It will be delicious. It will probably cause you to smile awkwardly. You’ll look around and wonder if everybody saw that. They did, but it’s cool because they’re all doing it, too.