Peak Television and Peak Menswear, Together at Last 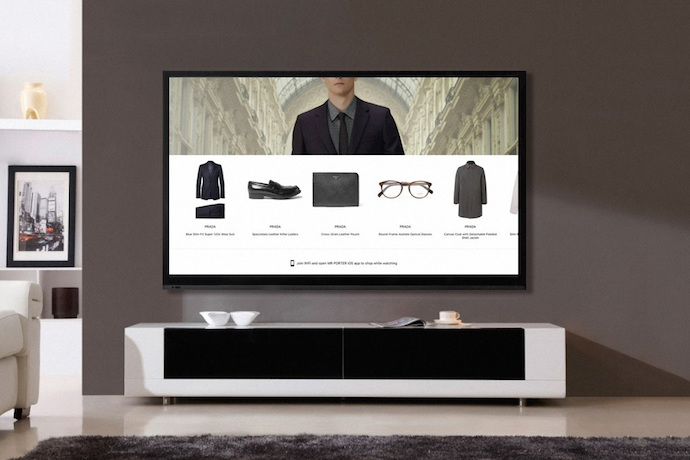 With the eras of Peak Television and Peak Menswear currently coexisting, it was only a matter of time...

Until you could buy your entire fall wardrobe through your television. (Without hearing “in only four easy payments, plus shipping and handling.”)

This watershed moment in tele-sartorio synergy is brought to you by the new Mr Porter app for Apple TV that’s just launched now.

So, let’s say you’re binge-watching the entire Lethal Weapon franchise in anticipation of the TV reboot and you need a little reprieve in the form of retail therapy. But really, Danny Glover’s continued mastery of burgundy ties throughout the entire run has implanted a subliminal hankering for one of your own. All you’ve got to do is click over to the Mr Porter channel and you’ll be sifting through autumnal cravats in no time.

Of course, it’s not just about surfing between binge-watching and binge-shopping without ever having to get up from your couch. The crux of the operation is Mr Porter’s editorial content—which will become television-ized (and televised), so you’ll get Journal-esque spreads in live-action form—as well as behind-the-scenes footage and some original programming. And, presumably, a way to buy all of that good stuff.

Along with a new pair of cashmere sweatpants to wear while doing it all.