Drake’s Has Arrived to Make You Look Impeccable 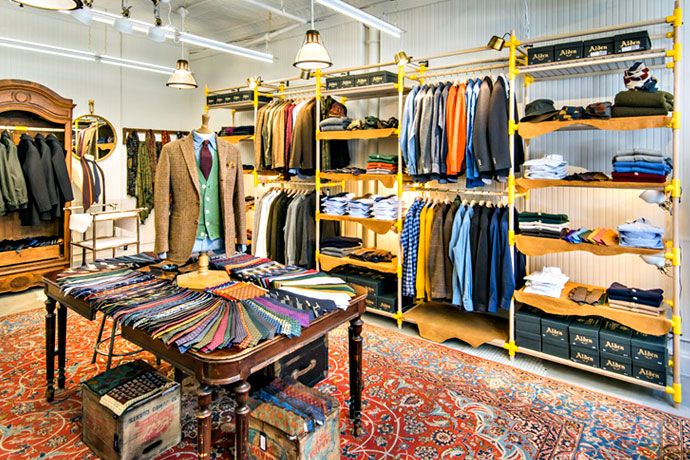 10 Photos Drake’s
Just in time for heavy glen plaid herringbone sport coat weather, we bring you that exact thing. And some other stuff.

Actually, Drake’s does. It’s the first American home of the London-based purveyor of near-aristocratic dandiness, now open in SoHo.

You probably know these guys for their ties, and for good reason. They’re gold-standard-level ties. But for the well-dressed, it’s been frustrating these many years to find that in America you can really only get a taste of what they create. A grenadine tie at a department store here. A scarf there. Maybe a pocket square if you’re lucky. This shop is designed to alleviate that frustration, because here you’re going to find the cardigans, tailored sport coats, peacoats, etc., that until now you’ve likely only glimpsed on the Internet.

You should take a look around, you should know that made-to-measure is fully on the way, and, what the hell, in Where’s Waldo fashion, we challenge you to spot the Alden loafer, a regimental stripe and someone practicing the art of handfeel.