Across the Bay and Right on the Water: This 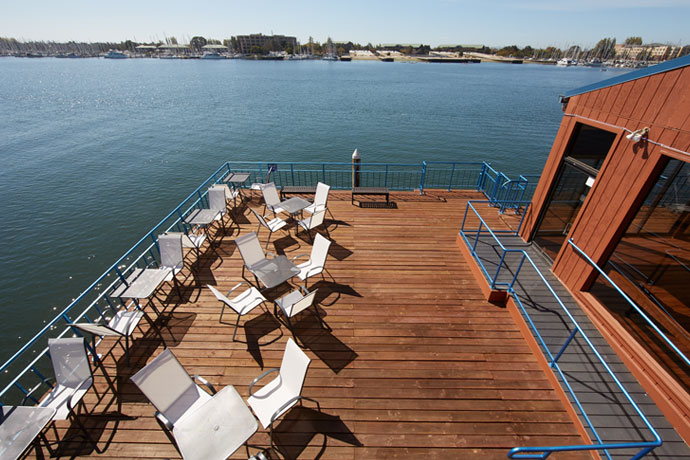 8 Photos Eve's Waterfront Restaurant
It can be risky to make assumptions about people.

Unless they center around people liking oysters, beer and waterfront locations.

Hence our assumption that you’re going to like Eve’s Waterfront Restaurant. She’s coming to Jack London Square on Friday, and she looks like this.

This place has a massive deck that juts out into the bay. It’s got endless windows with stunning panoramic views. The second level has its own deck for your next party or private event. It’s like a big ship with foie gras sliders and Dungeness crab melts, and that doesn’t make you mad.

But the good money’s on you liking this place the most during brunch. Their Hangtown Fry (which graciously incorporates IPA-battered oysters) and steak-and-egg tacos are already fine reasons to post up at a table on the deck. Not to mention the live jazz band that will be providing the soundtrack starting this Saturday.

Not that anyone would ever bet on that, but still.