Orlebar Brown Is in Town 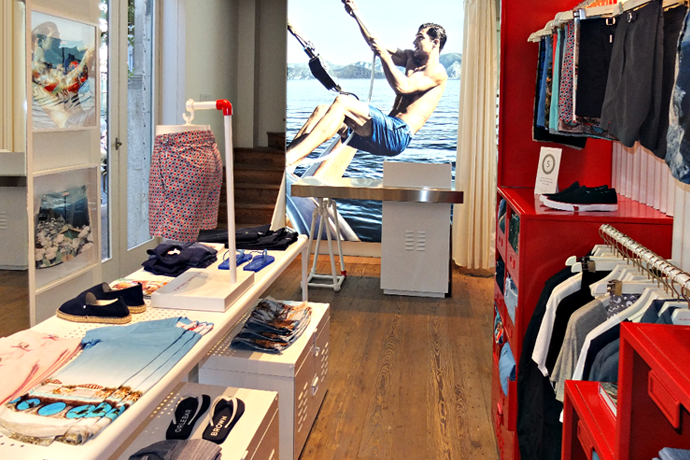 5 Photos Orlebar Brown
There’s an ancient myth that says, one day, the sun grew weary of simply touching humans with its far-reaching rays of light and warmth. That it wanted to have a closer, more tactile relationship with mankind.

And so it created Orlebar Brown.

... It’s in one of the big myth books somewhere.

True or not, New York (and America, for that matter) now has its first outpost of Orlebar Brown, the London-born king of things you look good wearing near beaches. It’s now open in SoHo.

Tees, toweling polos (the best kind), espadrilles, sunglasses and arguably the best-tailored and most-flattering swim trunks in the known universe. These are the things you’ll enter this humble little storefront for.

More specifically, you might enter it for some of the trunks that are exclusive to this particular location, including a pair with our city’s skyline embroidered on them.

So we’ve established you as the best-dressed in the Hamptons this weekend, right? As long as you can get to the shop today or tomorrow, right? “But, oh no, I have too much to do, I can’t make it in time,” you exclaim, dejectedly.

Well, have no fear, because they also just opened an even bigger version in East Hampton.