Dear Pants, You Will Be Missed

One Writer Eulogizes an Expired Article of Clothing 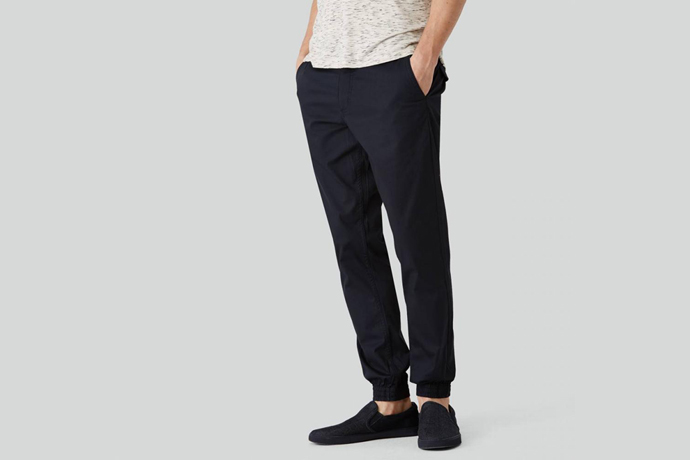 We met, four short years ago, where so many thrifty college students meet their most adored articles of clothing—on a sale rack, at an H&M, in my local neighborhood mall.

I was lost; you were found. I was planning to leave; you had recently arrived. I was a boy, and you—you were a pair of pants.

But not just any pair of pants. You were dark navy and slim, with buttons instead of a zipper (why, I’ll never know), somewhere in that sweet no man’s land between a pair of form-fitting jeans and well-tailored cotton khakis. Most importantly, you only cost $20.

I was in a weird place, sartorially speaking. About to embark on a six-month adventure to Aix-en-Provence, and in dire need of a pair of pants to balance out my limited selection of skinny jeans and other jeans. Anxious, too, that I would arrive in France unprepared for the whirlwind of men strolling around town impeccably dressed—I was convinced—in revolving costumes of the blackest blacks and the whitest whites—always ironed, never baggy, obnoxiously French.

You succeeded, Pants (to endow you with any other name, I think, would be heart-wrenching; also, strange), where other pants failed. I cuffed you up and slipped you on with a pair of buckskin oxfords, desert chukka boots and boat shoes. I matched you with pink button-downs and black T-shirts, Christmas-y sweaters and maroon cardigans, that bomber jacket someone stole, which was blue, too, but a different shade, so it kind of worked (and even if it didn’t, you handled it with aplomb). In short, I wore you with everything.

On dance floors and at crowded bars, you had the rare ability to both cling to my legs and let them breathe. You pulled and stretched in equal measure, and survived countless brushes with unruly glasses of gin and tonic. When I did that weird leg dance move I do, people were like, “Dude, what the fuck are you doing with your leg?” But never once did they say, “Those pants aren’t cool.”

Back in the states and beyond, you quickly ascended to the number one spot on my Pants Roster (a real, fake thing). Partly because you looked pretty dapper with a pair of new Oak Street Bootmakers boots I’d taken to wearing, and partly because those Levi’s skinny jeans started to feel too tight, and I refused to contemplate whether my college diet—hitherto composed of tuna sandwiches, green curry, American IPAs and tortellini—had finally caught up to me.

In your twilight years, you began to suffer from increasingly ripped pockets. I’d put my keys or phone in there, and next thing I knew, I’d feel them sliding down my leg and onto the floor. To say this defeated the purpose of having pockets would be an understatement—actually, just a statement. And yet, instead of giving up on you, I decided to take you to a tailor to see if they couldn’t fix you up before a big trip.

A few days later, you were officially pronounced dead: death-by-no-pockets-slash-an-unwillingess-to-shell-out-$50-to-fix-a-$20-pair-of-pants. A few days after that, I stumbled upon your replacement: a more of-the-moment pair of tailored navy joggers from Frank & Oak. As hard as you were to let go—after four years of loyal service, covering my lower half and making me look, if not stylish, then not un-stylish—they were a perfect fit, and well-suited to the summer ahead.

Such is the circle of life.

And by life, I mean pants. 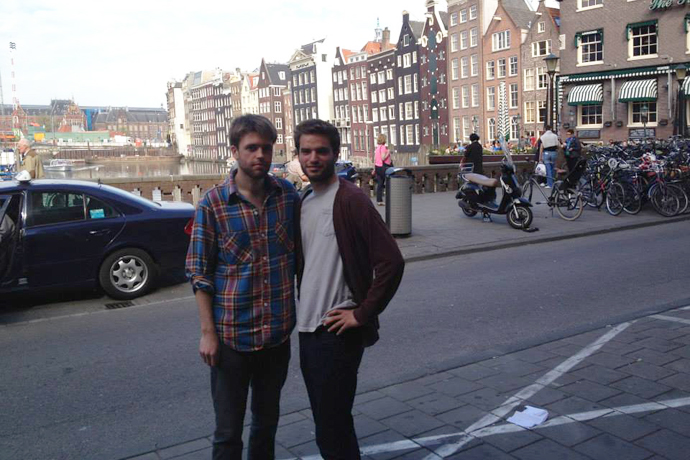