This London Courthouse Is Now a Hotel 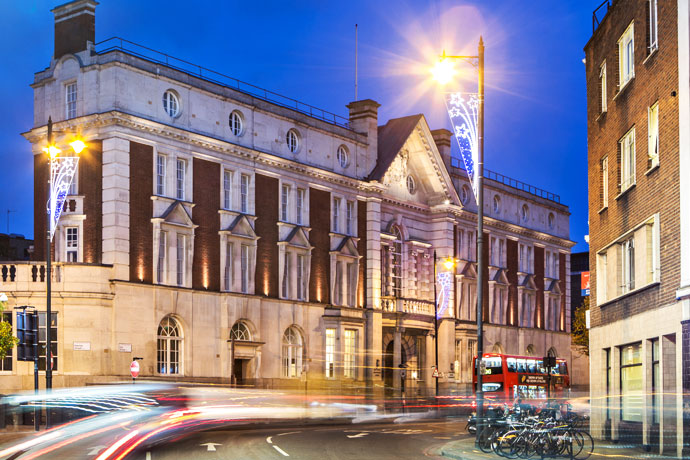 12 Photos Courthouse Hotel Shoreditch
“Spending the night in a jail cell is never a good thing.”

If you agree with the above statement, prepare to have everything you once believed about spending the night in jailhouses completely and utterly challenged.

Evidence A: Courthouse Hotel Shoreditch. It’s a former government building that now exists to host you instead of outlaws, and it’s open in London.

This isn’t just any small-time courthouse. It’s the Old Street Magistrates’ Court and Police Station that operated from 1903 to 1996. Where playwright Joe Orton stood accused of stealing library books. And where the Kray twins had their first criminal hearing in 1965 for... much more serious offenses than stealing library books (see: Tom Hardy playing them in the 2015 movie Legend).

But if you’re concerned about this place still feeling like a courthouse, calm yourself. It’s been massively renovated. We’re talking “86 rooms, 42 suites, a two-lane bowling alley, a 196-seat movie theater, a rooftop terrace and a spa with a heated indoor swimming pool” renovated. See the slideshow.

It’s not totally unidentifiable as a police station, though. Just look at the five refurbished jail cells in the bar. Yes, their metal reinforced doors are still intact. Yes, one is still equipped with the original bench used by prisoners.

Yes, you’re allowed to drink in them.