Middle Eastern Street Food from a TBD and AQ Vet 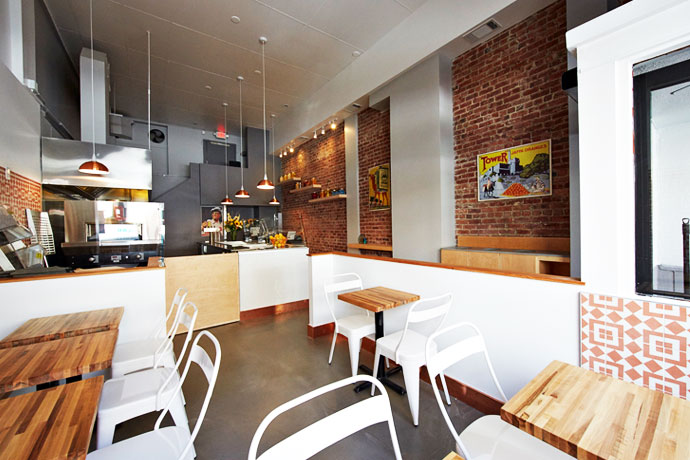 Because even if you don’t, you do, and they’re at Sababa, a bright gem of Middle Eastern deliciousness that’s opening tomorrow for lunch in FiDi. Here, have a look around.

The chef here is Israeli. He’s also an AQ and TBD vet. He’s going to make you many Middle Eastern street food delights, which you will then enjoy. And that’s pretty much how this place goes.

It’s casual, so don’t make a big deal out of it. Just show up for weekday lunches now and again. Could be a to-go situation, sure, but friendly details like the vintage Israeli posters and the brightly tiled walls may encourage you to stay awhile and watch some magic happen in the open kitchen.

It will involve falafel. Or shawarma. Or kofta, which are basically meatballs except better than meatballs. This menu won’t help you make decisions, but it will help you want falafel, shawarma and kofta.

All of which are available in pita sandwich form, as part of a salad bowl or on top of a large amount of hummus. Pair everything with a Limonata, a frozen mint-lemonade concoction straight out of Tel Aviv, and you’re set.

More so if some sort of flask scenario is introduced.