You Really Can’t Mess This Place Up 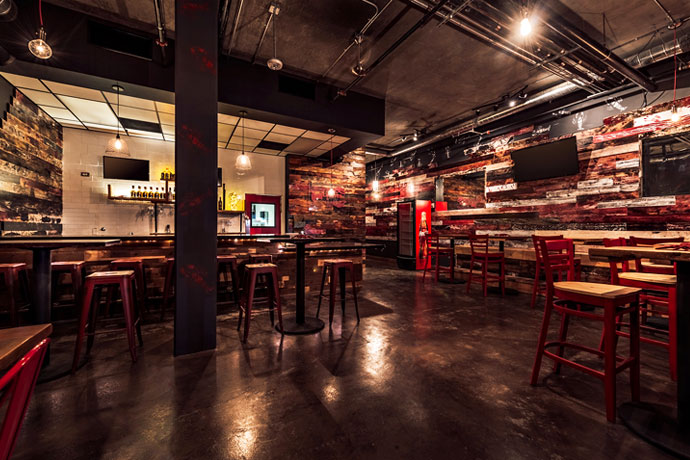 6 Photos Lobster & Beer
There are a lot of clever names one could call a place that serves lobster and beer.

So here’s Lobster & Beer, a casual new neighborhood spot that thinks your grilled cheeses, tater tots and sausages would be vastly improved by adding crustacean meat, and that cold, hoppy beverages couldn’t hurt either. It opens Wednesday in Palms, here’s the slideshow, and here’s the menu.

Lunch. Dinner. Both opportune times to gather some friends at this wood-heavy, black-and-red room stamped in lobster stencils. Sit at the bar. Or maybe take a table that fits whatever quantity of people were swayed by the insane prospect of ingesting beer alongside fresh seafood.

The lobster comes from the East Coast and appears in many guises here, such as Modelo-steamed lobster tails on sticks. And tater tots smothered in lobster and cheese. And lobster tacos. And shrimp rolls, which aren’t lobster but still.

You’ll eat. Hang out. Maybe challenge someone to Jenga or Connect Four, loser buying the next round. For that, there are 10 taps, and if anybody should need them, tequila, rum and vodka drinks. Oh, and a front patio that you can move the action to anytime.

There’s lobster and beer out there, too.