If It’s Sunny and You’re Hungry: This 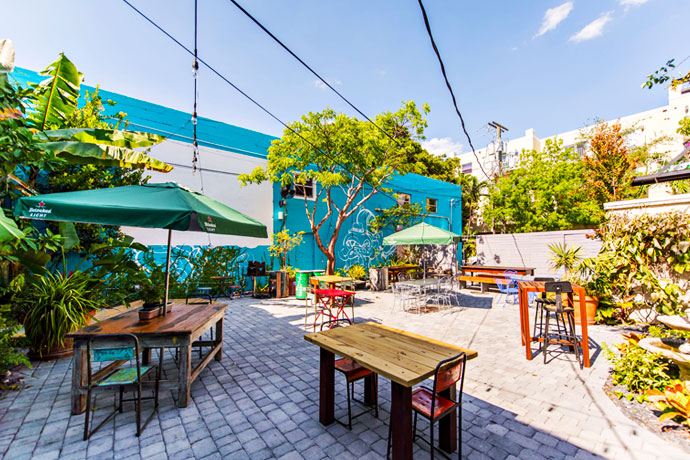 7 Photos Doce Provisions
Let’s start the week off with a bit of word association.

We say “sunny patio with plantain waffles,” you say...

On second thought, this is dumb.

Instead, we’ll just introduce you to Doce Provisions, a homey sliver of a Cuban eatery with an unexpected patio situation. It’s soft-open now in Little Bread’s former home in Little Havana, and here’s the part with the pictures.

Since the passing of Bread and Butter (RIP, pulpeta meatballs), the city’s been left with a dearth of Cuban gastropub options. But, hey, chin up. A husband-and-wife team (the latter having a Ralph Pagano pedigree) are about to provide you with the following:

Comfort food of the Cuban ilk.
Settle in at the wooden lunch counter and let the parade of lechon asado buns, croquetas made from Miami Smokers chorizo and plantain waffles begin. Stuff that wouldn’t be entirely out of place with...

Beer.
But you’ll have to wait about two weeks for that. Until then...

A hidden patio.
You’ll want to exit through the back door and turn left down an alleyway. That’s where you’ll come upon a cozy oasis of string lights, bright tables and a wooden stage where they’ll have live music on Friday nights. And in about two weeks, beer.