Where to Go Before and After Giants Games

A Waterfront Raw Bar from the Hi Dive Guy 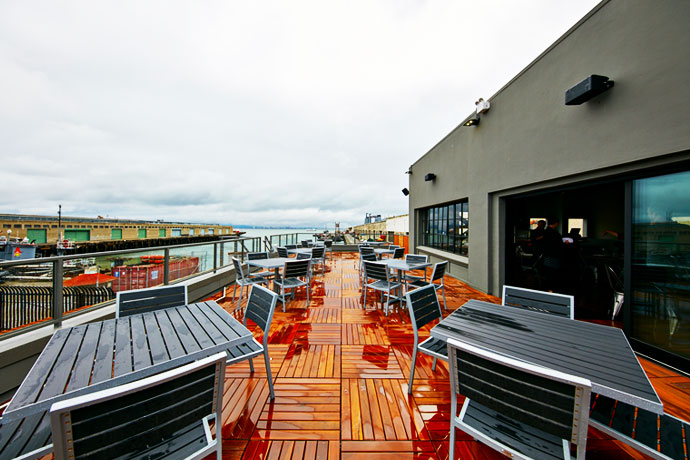 Two beautiful words that imply oysters on the half shell and cioppino with a round of Negronis.

At least now they do thanks to ATwater Tavern, a marvelous new waterfront spot from the guy behind the Hi Dive. It opens tomorrow right down the road from the ballpark, and here’s what it looks like.

The airy, pretty-damn-huge space was built in the ’20s and still has plenty of that old-school character. Arguably of much greater import: it’s got two levels and multiple bars. You should probably make those your playground.

But if it’s sunny, you’ll be out on the giant deck with 100 seats hugging the bay, with a panoramic view of the Bay Bridge and AT&T Park. Settle in with a spread of wood-grilled meats or fish cooked on the plancha. The menu’s filled with San Francisco classics like that cioppino and a Dungeness crab roll on Boudin sourdough.

Oh, and in case whoever you’re with asks, the “AT” in ATwater is a play on the method of putting letters at the beginning of phone numbers back in the day.

But this is mostly about the oysters and the gin and the patio.