Yes, You Can Travel the Globe as an Instagram Photographer (and Get Paid for It)

This Travel Instagrammer Tells Us How 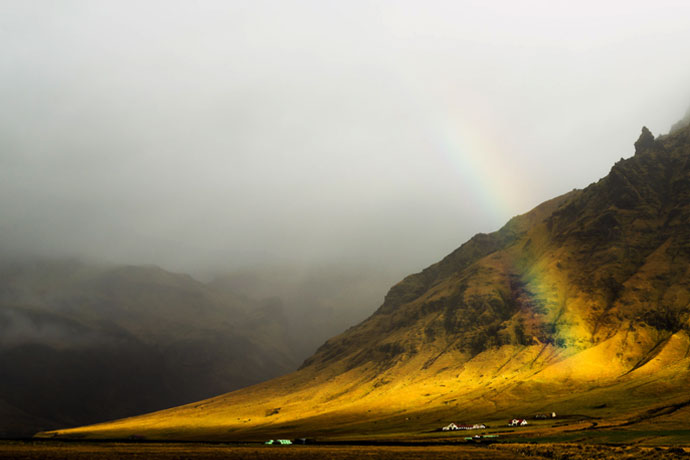 11 Photos Yes, You Can Travel the Globe as an Instagram Photographer (and Get Paid for It)
Meet Daniel Kelleghan. He’s a Chicago-based Instagrammer with 115,000 followers. Companies pay him to travel the world and take pictures. All told, it’s not a bad gig. So we thought we’d find out how he does it. What makes a good Instagram feed and how we, too, can become Instagram famous.

How’d you get started in photography?
I got started with a BMX magazine. I saw a lot of my friends getting gigs traveling and shooting, so I started pitching all these magazines. So Session BMX magazine finally said, “Here’s $500, go on your trip.”

So can you really make a living on Instagram?
For sure. And I know a lot of people who do it. Not only that, you can make really good money. More than most people make. There are some celebrities who get paid to post on Instagram.

So is Instagram your main source of income?
It’s really a marketing tool for me more than anything. It’s less in terms of posting photos for other brands—yes, for sure, like last year and the year before that, that was really big for me—but aside from that it has more than anything else just reinforced my legitimacy in the photo community.

Three tips for becoming Instagram famous.
Be consistent. Interact with other Instagrammers. Number three... yeah, I think consistency is really key. I think that’s really one and two.

What about hashtags?
People put way too much emphasis on hashtags. It’s not like a magic bullet or a drug or anything like that.

Shooting your own shoes. Is that still a thing?
I don’t know. It’s a special kind of thing. Especially in the Instagram world. I don’t think it really exists anywhere else, to be honest.

What about shooting the neatly arranged contents of your bag?
I like doing that. I don’t think those photos are as well-received as they used to be. I think people are kind of tired of them. But for my client work, I still have to do stuff like that.

What are your Instagram dos and don’ts?
Don’t put text on your photos. Try to stay away from the Instagram filters. You can do the basic editing—exposure, contrast, saturation, vibrance—in Instagram. But if you go to the actual filters, I would stay away. Don’t overedit. Keep things looking more natural. I’m really not a fan of when people pull a lot of details. I don’t like when people push up saturation to a hundred so it’s really, really bright colors. That really annoys me.

Got a favorite photo editor?
Yes, I use VSCO for a lot of my photos. A lot of times I’ll edit in Photoshop and then bring it back into VSCO on my phone just to give it that consistency.

What’s your stance on tilt-shift?
I don’t like the digital version. I have a tilt-shift lens that is the real tilt-shift and I love that. I don’t use it very often. It sort of has a specific use for me. But as far as applying it digitally, I would stay away from it.

You’re going to Iceland tomorrow. How’d that come about?
That’s a client bringing me there. Icelandair. They’re just trying to raise awareness of their new nonstop service from Chicago, which they haven’t had in 30 years or something like that. So they got together six influencers to fly to Iceland for like three days and take photos and tag Icelandair on their Instagram. They pretty much made the itinerary for us.

How much do you travel for shoots like this?
Flight-wise, I take about 50 flights a year. But that’s not all international. A lot is LA or New York. I’m actually going to Portland after Iceland, but that’s actually not for work... but it’s turning into work because a liquor brand wants me to bring my bottles there. There are some speakeasies there they would love me to shoot at. So it’s kind of a nice way to travel. Make some more money and be able to write off my trips.

How much of your day is spent searching for airfares?
Not much at all. If it’s domestic, I almost always fly Southwest because I think they’re the best airline ever. They’re not pretentious. They’re very accommodating. They’re fun. They’re pretty inexpensive and I have the credit card that allows me to rack up points.

What’s your favorite travel website?
Lately, it’s been Skyscanner, which works really well for me because you can search really wide dates. You can basically search anywhere in the US to anywhere in the world, any date. That’s really good for me. Because my schedule is super open generally, when I plan things out. Also, it’s cool that when I search for flights on Skyscanner I can search the “anywhere in the US” option. So if I can fly a cheap flight from, say, Boston, I’ll just fly Southwest to Boston. Or LA to Southeast Asia or something. So that’s one of my little cheats.

What do you normally pack for a trip?
I don’t pack too much. One of the first longer trips I went on, I was in Asia for three weeks, and I had a really small duffel bag and that was it. I think I had a pair of jeans, one option for shoes that weren’t on my feet already, and there wasn’t even room for my camera. So every time I would board the plane, I would just wear my camera around my neck. Sometimes I’ll bring a tripod, but yeah, if I’m going strictly for me, I only carry a carry-on and that’s it.

Do you have any apps to help you travel?
Google Maps, of course. I try to save my maps on Google Maps before I get to a destination so I can kind of navigate around. Instagram is great not just because it’s photo sharing, but because it’s good for finding people who live wherever you’re going. So if there’s someone you’ve been following for a while that lives in Cape Town... I found some Instagram friends that live there and became real friends upon arriving there.

What kind of camera do you use, your phone or DSLR?
I have every kind of camera you can imagine. I have of course the iPhone 6s Plus. I have a Fuji mirrorless camera. I have three of those. I have five Nikons. Those are probably my go-to. A lot of times when I travel I’ll bring my Fuji because it’s smaller. Only about one out of every five photos are from an iPhone.

What do you use for your Instagram feed?
The Fuji, as of late. It really varies. The last time I went to Iceland, I shot with a Phase One, which is like a medium-format digital camera.

Your feed has a very specific color palette. Is that intentional?
It’s definitely intentional. I have found that the more consistent your feed is, the [more] well-received your photos will be and [the bigger] following you’ll gain. Sometimes I have to take consistency over absolute quality when I post a photo.

What’s the best time of day to shoot?
Definitely dusk or dawn. The light is more dramatic and a little warmer, which I prefer.

Have you done anything crazy to get a shot?
Yeah, last year, maybe the year before, I had to get a rooftop shot of Jimmy at the James, a bar in New York. The only way I could do it was to fly a drone. I had purchased a drone maybe three or four months before that, so I kind of knew how to fly it, but I kinda didn’t. I wasn’t very confident. So I ended up doing it and it was super scary. I knew if that thing fell and hit a person, it would not be a good situation at all.

If you had one picture from all of your travels, which one would you save and why?
I went to Iceland in October. I was out there for a week alone, and I just drove around the perimeter of the island, and I saw this really beautiful lake. And way far in the distance there were tiny little houses at the foot of a mountain just kind of lined up, and, like, a nice little waterfall, which was kind of that standard in Iceland. I got out of the car, and for whatever reason, I didn’t put my shoes on. It was pretty cold, but I just ended up walking. The lake was farther than I realized, so I ended up walking for 10 or 15 minutes just barefoot. So I made it to the lake and put my tripod down. It was silent. Completely silent. And I shot maybe four frames and went back to the car. It was just a really nice experience and the photo was absolutely gorgeous. It almost looks like a mirror because the lake is so calm.

What’s the most dangerous setting you’ve ever found yourself in when you’re traveling?
In kind of a playful dangerous situation, I did great white shark cage diving in Cape Town. It wasn’t really dangerous, but it felt dangerous.