A Damn Good Reason to Go to Ghirardelli Square

Jonathan Waxman Is Back in the Bay, and the Results Are Delicious 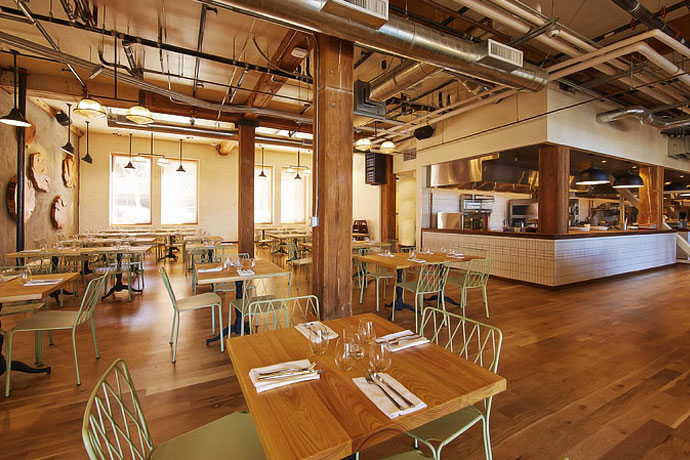 Sometimes it’s when you go back to your alma mater and watch a football game.

Other times it’s when you return to San Francisco and open up a magical new restaurant called Waxman’s with pisco punch and grilled rock cod. Jonathan Waxman is in the latter camp, and his new place is open now in Ghirardelli Square. Have a look.

He cooked at Chez Panisse when it was brand-new. Ran a restaurant in LA that did things like “define California cuisine.” Then he left for New York where he opened a little place called Barbuto.

Which brings us back to Waxman’s in all its striking, high-ceilinged glory, with original Douglas fir columns, many an exposed brick, a large dining room and two bars.

You’ll start at one of those bars with a glass of wine from a list curated by David Lynch (the James Beard Award–winning sommelier, not the Twin Peaks director) before transitioning to a blond-wood table, preferably underneath one of the tree trunk cross sections hanging on the walls.

Your server will hand you this menu. You’ll order some baked oysters and tagliatelle with Dungeness crab from it. Maybe their JW chicken with salsa verde. You’ll laugh. You’ll swirl wine.

Then you’ll do whatever you want because you’re your own person.