Many Mexican Delights Await You Here

Giant Margaritas and Tacos of All Stripes on Sutter 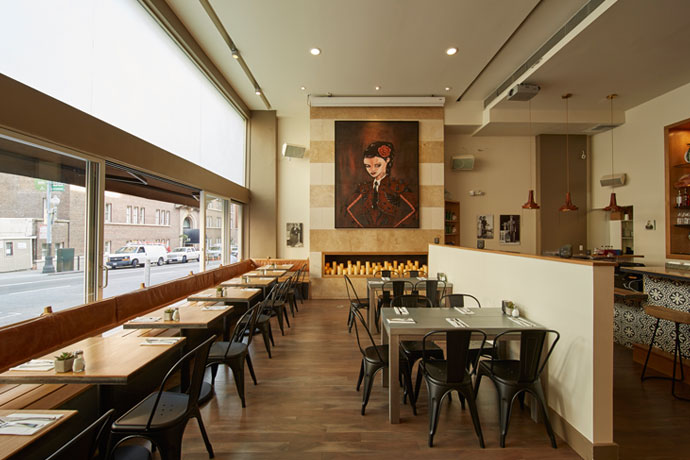 9 Photos Matador
What follows is words.

And if, after reading those words, your only takeaway is “queso tacos,” we forgive you.

Moving right along to Matador, a happy new tequileria slinging tacos and serious agave cocktails on Sutter Street. It’s from the guy behind Huxley, it’s open now, and here are some pictures of it.

It’s a pretty cozy space. Lends itself well to drinks for two at the tiled bar. Or a group dinner at one of those tables underneath the lady matador portrait. A projector will materialize in front of her on game days and for the occasional screening of Mexican films.

And if you’re thinking that all of these things would be much better with the addition of a not-small frozen margarita from one of the two margarita machines behind the bar, well... good thinking. There’s also a tequila-and-mezcal-heavy drink list that includes a barrel-aged, tequila-based Oaxacan Negroni.

So you’re hanging out. You’re drinking drinks. You’re looking at a tangible version of this menu and pointing at things like three-cheese queso loaded with housemade chorizo and tacos topped with anything from smoked turkey leg to Negra Modelo–battered shrimp. Or maybe you’re only pointing at the queso taco, because, yes, there’s a queso taco.

Again, we forgive you.