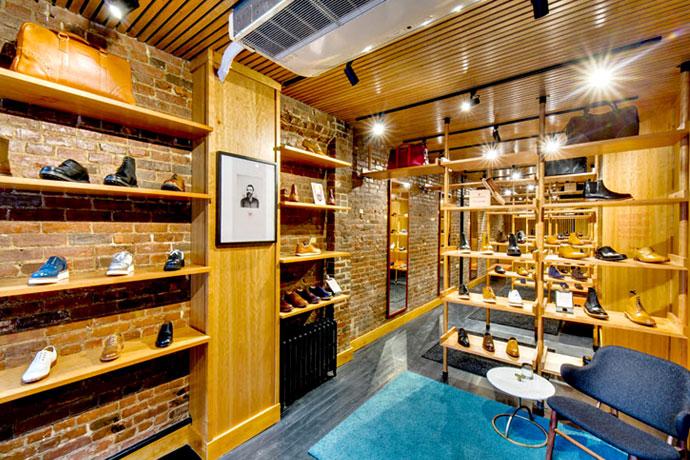 15 Photos Grenson
We’ve recently caught wind of some sort of podiatric phenomenon happening lately. It seems as though people’s feet are just being drawn in the general direction of Nolita. It’s as if there’s some kind of strange biological magnet. Like they’re yearning for something.

Allow us to venture a guess...

It’s because of Grenson, the first US outpost of the 150-year-old British shoemaking legend and the next place you should go when you want to buy shoes. It’s open now in Nolita.

So, uh, shoes. And boots. Brogues, bluchers, Chelsea boots, wingtips, pebbled-calfskin cap-toe oxfords. These are the things these guys are offering in their quintessential Elizabeth Street storefront, along with actual horn shoehorns and brushes, which just make you look so much more like a person who knows from good shoes.

They’ve also just released some funkier stuff from a new collaboration with Nick Wooster (because the silver-tasseled wingtips are a little square for you). So if you’re in the market for, say, some crepe-sole checkered bucks, there’s probably really only this place to go.