An LES Monster from the Tao People

What to Know About Vandal 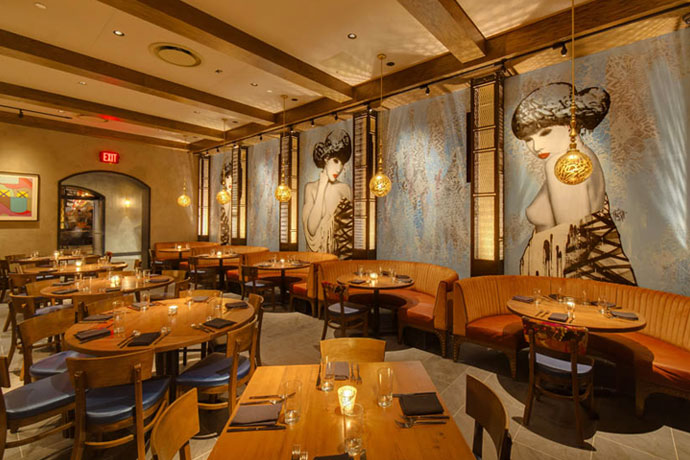 12 Photos Vandal
Tao Group + Chris Santos + Shepard Fairey + that massive space on Bowery that used to be the General and Finale = the thing you’re going to hear about today.

That’s Vandal, a palatial spot for eating and drinking lavishly, and dancing and whatever else. It’s got some big-dreaming names attached to it and it’s open now.

You’ll enter through an orchid-filled flower shop, continue through a brick tunnel and run into an enormous, break-dancing purple rabbit.
Not one, but all of those things are true.

The inside’s a labyrinth.
It’s a bi-level maze of dining areas, catacombs and private rooms.

And there’s street art everywhere.
From seven “vandals” who are pretty well-known in that world. Shepard Fairey got dibs on the Secret Garden.

Speaking of, there’s a Secret Garden.
It’ll be the sort of ivy-covered and twinkle-lit place to be when it gets warmer.

Under the ground is where the dancing happens.
As ever.

The food’s, well, all over the place.
Peruvian ceviche, sticky pork dumplings, a two-pound whole lobster...

But about that break-dancing rabbit...