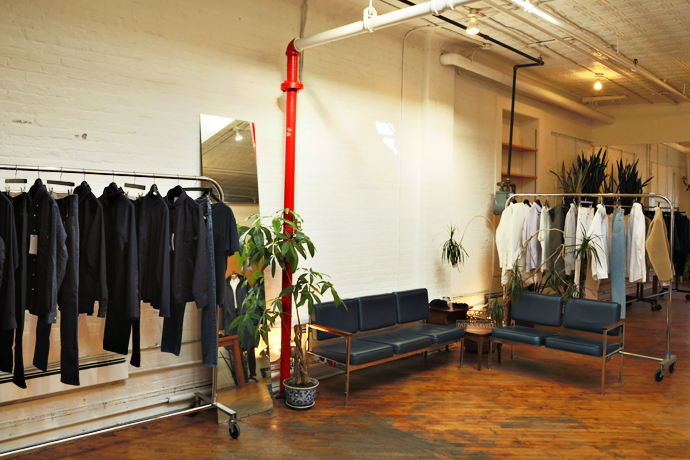 6 Photos Patrik Ervell
Have you ever wondered whether you could pull something off sartorially, but you couldn’t decide, and the guy who designed it wasn’t there to give you his unparalleled expert opinion?

Well, go to Patrik Ervell’s studio, where you’ll be guided through your whole shopping excursion. It’s open now in SoHo on an appointment-only basis.

In case you’re unfamiliar, Patrik is a multiple CFDA Menswear Designer of the Year nominee (the Oscars of menswear), and he’s a master of notably handsome minimalism. You’ll see when you go.

And it’s very possible he’s going to be the guy taking you around to check out his work and do fittings when you do. If not, someone equally eminently qualified will be there for you.

You’ll also find things here that don’t exist anywhere else. Things like this button-up and this double-breasted navy blazer (which... it’s time to own one if you don’t already)—all things that they’ll have altered for you in a day.

In summation, that first problem has been solved.
Note: <a href="https://patrikervell.com" target="_blank">Patrik Ervell</a>, now taking appointments, 35 Howard St, #5 (between Lafayette and Broadway), <a href="mailto:studio@patrikervell.com">email here</a> to make an appointment, <a href="https://www.urbandaddy.com/slideshow/nyc/6422/Patrik_Ervell_New_York_City_NYC" target= "_blank">see the slideshow</a>