A New Bunker of Dance and Sin 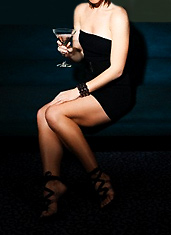 3 Photos The Bunker Club
We don’t want to alarm you, but the Meatpacking District collapsed.

It was five years ago. The street caved in. Chaos ensued. Stilettos were broken. Oversized sunglasses were removed from faces.

And when the dust clouds settled, an earth-shattering discovery was made and the authorities were called.

By authorities, of course, we mean guys who turn old vaults into dance-fueled romper rooms.

Feast your eyes on The Bunker, the long-under-construction down-below dance room built in a circa-1840 subterranean vault, and helmed by the guy behind Warren 77 and The Beatrice Inn, soft-open now in the MPD.

After five years of reinforcing walls, building brick bars, laying down checkered dance floors and making sure the mirrored disco ball was placed just so, you are cordially invited to walk up to the iron gate sandwiched between Ara Wine Bar and Bill’s Burger, push it open, descend the grimy stairs, open a gray steel door, descend another set of stairs, walk around the bend and then pretend the world above doesn’t exist for six hours.

There’s a long bar, a few scattered tables and couches…and that checkered dance floor. Basically, not much to get in the way of what you came here to do—anything you want. Your mission will be to start in the loungey bar area with a shot and a beer, make your way to the dance floor, lose track of time, fall in love with an Eastern European hand model, fall out of love, fall back in love, head back to the loungey area, plant yourself on a couch, lose track of time again in the dim haze of a fading evening of night moves and eventually ascend when it’s time.