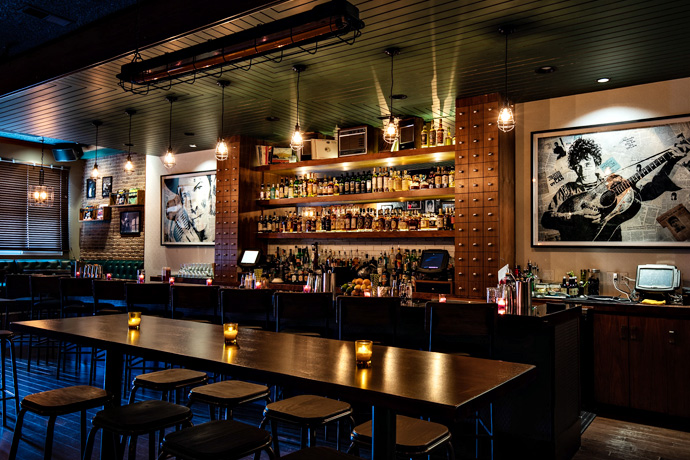 Nothing wrong with a simple cocktail bar.

With no contrived entrances evoking the trials of a bygone era.

Or cocktails you'll need Google to order from.

Something like No More Heroes, a real bar's bar from Ysabel and Laurel Hardware vets Cole Apodaca and Todd Walker, now open in West Hollywood.

It looks like a timeless Sunset Boulevard rock bar became unmoored and slipped down the street, colliding with a mid-century studio set. With portraits of the greats on the wall. Like Biggie, Dylan and the Beatles. And that one group who did that song that goes, "dadadada... Da-da." You know.

Meet with friends here following whatever resembles work. Or on weekends after doing dinner on Fairfax. You'll order a Morenita with reposado and golden raisin-washed sherry that comes with a chocolate truffle if you're feeling smooth.

Or something frozen like the Loud Mouth Soup with whiskey, coffee and Irish cream. If you're feeling hot.

You also have cocktails that have been aged in clay pots for six weeks, like the Well-Mannered Frivolity, a sort of mezcal-based negroni with chocolate bitters.

And that's all that's required at this point. You'll drink, chat and kick back while listening to some live acoustic tunes or a mix of vinyl by somebody with good taste in eclecticism.

Then in the weeks to come, they'll be rolling out eats, too, including a menu of hero sandwiches.

Because a hero ain't nothing but a sandwich.