Where You'll Drink Cocktails and Throw Things at World Leaders 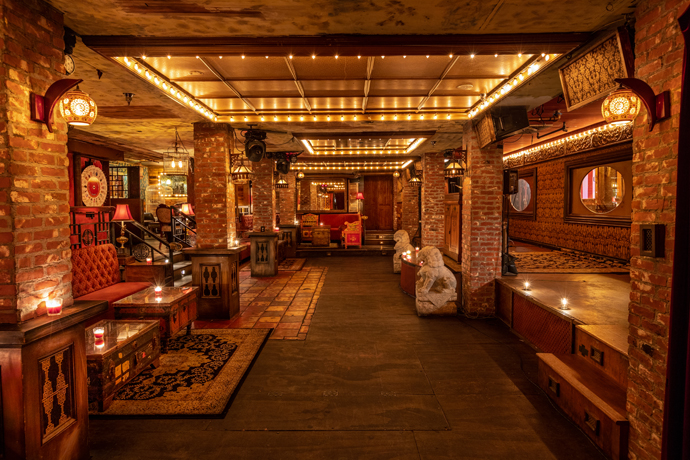 Having drinks and meeting friends here will almost seem secondary to the fact that you're doing those things beneath the earth in a former speakeasy space once haunted by Rudolph Valentino and his cronies that now resembles a carnival midway crossed with the Gremlin's junk shop. Slideshow time.

—Performers twisting and contorting and playing music and generally being amazing.

—Corn dogs slung from a chuck wagon. Everyone loves corn dogs. No. We said everyone.

—A President-shaped game that involves knocking cans out of its mouth.

—A lot of vintage hand-lettering. It's really nice.

—A diminutive, invite-only bar-within-the-bar hidden behind the tarot card reader.

—A game where you throw Whiffle balls at Kim Jong Un's head and extremities.

So much for diplomacy.