A Sexy Japanese Date Spot by Way of Tribeca

But Ours Comes With Its Own Hidden Sushi Counter 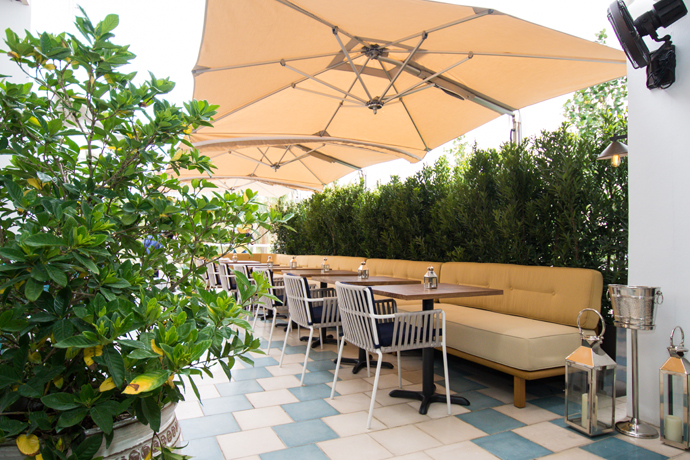 The latter is a new Japanese stunner of a restaurant which opens tonight inside the Stanton South Beach. And if our fair city's New Year's resolution was to up the excellent-places-to-impress-a-date ante, it's doing a damn good job so far. Take a look around.

Just like its Michelin-starred Tribeca counterpart, our Azabu has a few tricks up its sleeve. Mainly, the Den (a hidden sushi counter) and a cocktail bar aptly named Bar Azabu.

The first thing you'll encounter will be the latter's marble counter and its pyramid of whiskeys and sakes. And cocktails like the Spring in Tokyo with shochu, umeshu and matcha powder. Sip on one of those and point at the whimsical, six-foot bonsai tree. People love it when you point at things.

When the time comes, it's off to the main dining room for robata-style dishes like Miyazaki Wagyu tataki with truffle ponzu. Or the king crab prepared tableside on a sizzling toban plate. All of that: also conveniently available on the patio.

Or perhaps you'll take a spot at one of the 11 seats at that hidden sushi bar. It's accessible only through the kitchen, and it's where you'll have varieties of sashimi and nigiri and uni tastings served omakase-style.

All of which will serve as a nice prelude to the jelly-based Japanese raindrop cake.

Which is, in fact, as magical as it sounds.