Time to Start Topping Your Tea with Cheese 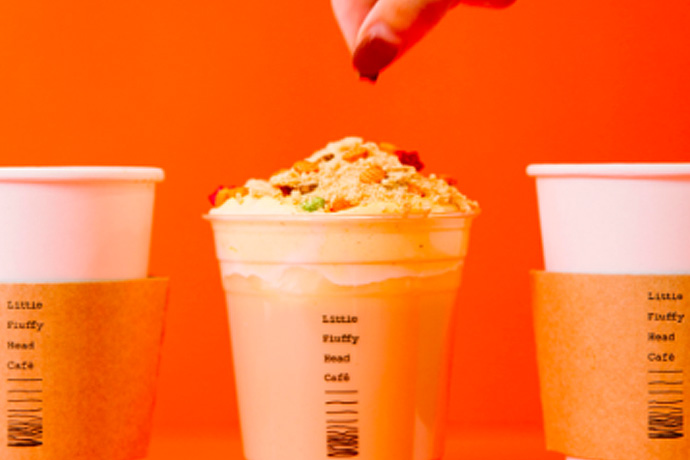 Kids these days. All high on 0s and 1s and topping their tea with cheese.

The latter tendency is taking off domestically at places likes L.A.’s Little Fluffy Head Cafe and Happy Lemon in Queens. Bright, cheery places that look attractive on Instagram and conceivably may play electronic pop that would drive us batty.

But what is cheese tea? It’s tea, usually green, often fruit, sometimes sharing space with boba, that gets topped with layers of a fluid cream cheese. The concept comes from Taiwan, where apparently one very stoned person was allowed to make tea once, before spreading through other Asian metropoli like a zombie virus.

As one sips, the tea is meant to mingle with the cheese, much like foam and your latte. The flavor is said to be both sweet-and-salty, providing an interesting foil to the more earthy and tannic tea below.

In other words, it's a party in your mouth. A party where you were slightly hesitant to introduce cheese and tea because they’re so completely different, then the next thing you know you can’t get into your own bathroom because tea and cheese are all up in there doing heaven-knows-what literally minutes after they met and now you’re going to have to burn all your stuff later.

But presumably the good version of that.