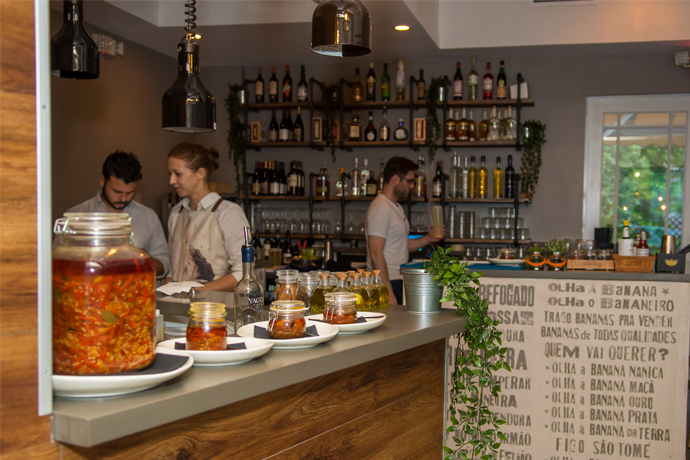 Ofa, a new Brazilian restaurant, is now open in Sunset Harbor in Petit's old spot, and it's completely rooted in its motherland, down to the imported Jaboticabeira tree in its garden. It looks like this.

That was the short version, but since you asked...

We'll go on. The garden makes this a perfectly reasonable place to take a date. So does the photography shot by a Brazilian artist and the industrial-looking bar where you'll order caipirinhas like the one with organic cachaça, coconut water, mint leaves and lime juice. Mostly the drinks, though.

They're from a barkeep with Michelin stars associated with his name, so that feels trustworthy. Eventually, make your way out to the garden lounge, settle in at a couch or a chair near that Brazilian tree and discuss how lush the garden grows (other topics of conversation are also presumably allowed).

Among the menu's heroic offerings is the arroz de polvo, a creamy octopus rice. Point at that part. But also point at the chicken or shrimp pot pie in a cream sauce. And before handing the menu back, ask to start with the burrata with pork sausage, arugula and bacon-infused olive oil.