Oscar Wilde is a Stunner

It's Got an Absinthe Fountain, Much Elaborate Decor and the Longest Bar in Town 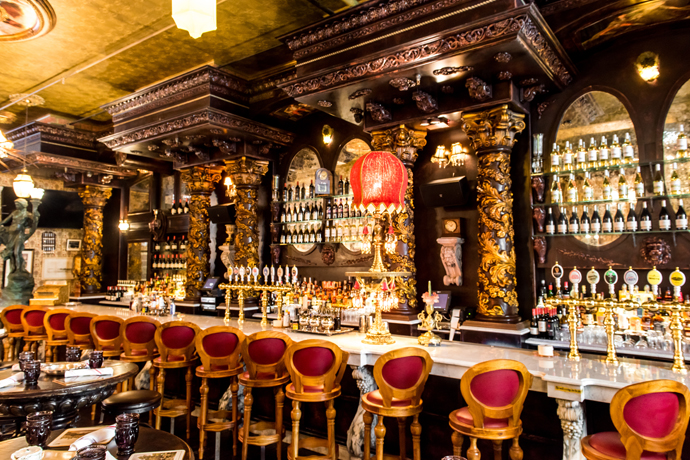 15 Photos Oscar Wilde
"To live is the rarest thing in the world. Most people exist, that is all."
-Oscar Wilde. But you knew that already.

Now let's take a note from Mr. Wilde and more-than-exist at the longest bar in New York dedicated to his namesake.

The absinthe cocktails, 300 whiskeys and extravagant historical environment should help...

It's called Oscar Wilde, it's from the guys behind the similarly ornate Lillie's Victorian Establishment, and it's opening this Wednesday in Chelsea. What you'll do and experience here is best expressed by the numbers, so let's do that right now...

Number of whiskeys at your disposal: 300+

Time set on the clocks, commemorating the time of Wilde's death: 1:50

Decade in which that beautiful French fireplace was crafted: 1840s

When the English Grandfather clock was born: 1884

Other historical knicks and knacks we could mention, but won't: ∞

Year in which this building housed the Prohibition Enforcement Headquarters: 1919

Odds you'll be sufficiently hungover the next day: 85%

Looks you'll get at it: many, right here.