Cocktails and Champagne Hidden on the Seaport

Get Lost to Find Mr. Cannon 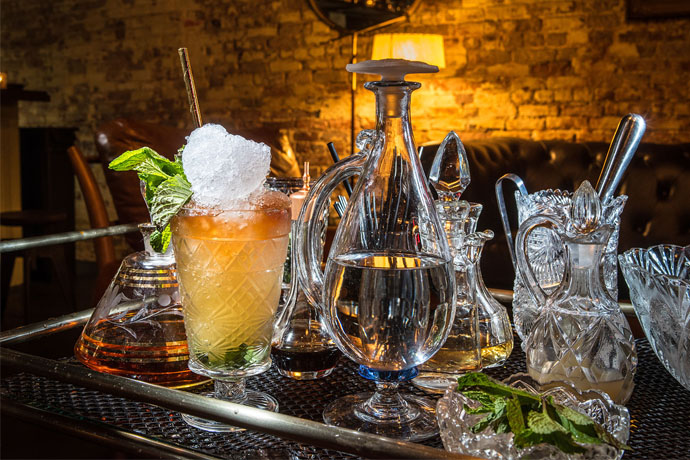 15 Photos Mr. Cannon
You'll see an alley off Front Street on the Seaport. It's called Cannon's Walk, named after a gent who developed the area in the 18th century. Downtown's interesting that way. Look for the rat on the door. Ring the doorbell...

When someone answers, you'd best be in the mood for a good martini, because you'll soon be stepping into Mr. Cannon, a discreet cocktail spot for winding down your evenings by the water. It's open now.

Take a few moments to adjust to your surroundings. It's one of those bars kept so dim and so isolated from the world outside it's easy to lose track of time (look around here). But we'll assume here that if you're stepping into a Seaport alley for a drink, you're not between meetings or sneaking one in before a dentist appointment. Instead, you've just come from a satisfying meal somewhere in the area. You've got either a date or some of your lower-key colleagues with you, and you're looking to settle in for a last stop of the evening.

You can go in two directions here (menu). First, the cocktail path—seven options right now, and what looks good to us is the 1817 Martini, which is grapefruit-infused dry gin, dry vermouth and maraschino served up. Someone will also come and make you your Mojito tableside. The second path is lined with champagne by the bottle, of which there are also seven options, and which will be served with caviar.

It's one of the better doorbells in town.