The People vs. High Socks with Shorts 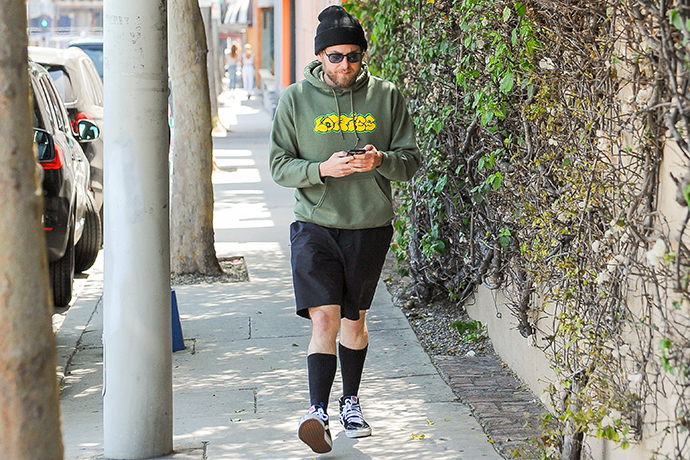 One of our editors and his twin brother have argued vehemently about the topic on the streets of Chicago for several years now, disturbing many a passerby and bringing shame upon more than one acquaintance. Today, in the spirit of transparency, relevancy and no longer making scenes outside their apartment, they take that debate public.

Representing the people is Sam Eichner.

Prosecution: Ladies. Gentlemen. Mom. Dad. My brother and I see eye to eye on many things: the unparalleled greatness of Bravo's Southern Charm. The virtues of traditional French and Italian aperitifs. The strange poignancy of Daily Mail snapchat stories. But if our views differ on one topic, it is this: the abomination to menswear known as "high socks with shorts."

For years, Joe has sported this style, predominantly with colored wool socks and fucked up boat shoes; for years, I've criticized him; for longer than that, our mother has told us to stop arguing and just eat already.

High socks with shorts is a style that seems unclean, in the worst way. Playful for all the wrong reasons. Just plain odd-looking, when you have leg hair. Aesthetically, it feels juvenile, adolescent, reminiscent of those posers who kind of just hung out around the skate park but never actually went down ramps or anything; pragmatically, it makes no sense—unless you're playing soccer.

I've come to accept other high-fashion subversions of unfashionable things. Ugly shoes are cool now? Fine. Baggier suits are becoming a thing? Okay, cool, I kind of get it. But we have to draw the line somewhere, for the sake of summer style, both casual and not. And that line is roughly right below your ankle.

Defense: To the members of the jury, I first want to extend a heartfelt "eh, kinda cool?" to Sam for giving me this opportunity. Never in my wildest dreams (or my tamest, or any at all for that matter...) did I ever imagine I'd be debating the merits of wearing high socks with shorts publically. This ranks right up there with my high school musical debut as "seasons soloist #2" in Rent.

It's funny—I'm tempted to renege on my stance now that the paper of record, Jonah Hill and some high-fashion model named Dries Van Noten are rocking the style. It's like when, five years back, after hot-boxing in our '07 Nissan Pathfinder, I asked Sam, "What if there was a fictional show about the making of The Bachelor?" and then Unreal came out, got nominated for an Emmy, and thrust Constance Zimmer out of Ari Gold's Cabo-filled sex rampages and back into the semi-bright limelight of Lifetime show success. Wasn't it my idea?

And yet in this case, it's beside the point. Because here I am, wearing beat-up Sperrys with wool socks and seersucker shorts. I don't care if it looks cool (I don't think Jonah Hill does either, judging from the looks of it)—if it does, great, but it's a fashion borne not out of necessity. It's a, dare-I-say Millsian approach to style; the anti beanie-in-the-summer, if you will. It's utilitarian: I just don't want sweaty, smelly feet. I don't want blisters on my ankles. And most of my socks, because I'm not a third-grader at sleep away camp, just happen to be high.

I mean, can't a guy just like wearing his socks?

But you say you don't want—and please let the record reflect this—“sweaty, smelly feet." Presumably, one wears shorts when the weather is nice, the sun is shining and, in your case, one is enjoying the great outdoors without participating in any sort of physical or athletic activity. Wouldn't it follow, then, that you would get "sweaty, smelly feet" were you to wear high socks—or even worse, wool high socks—pulled up with shorts?

There is a natural solution to this, obviously, that is a welcome panacea to this high socks with shorts debate: the ever-trusty, classy, undeniably practical no-show sock.

At this point, the prosecutor takes off the oxford on his right foot and deliberately slips off a single white no-show sock, to oohs and ahhs from the courtroom; the jury looks at each other, aghast; an observer can be heard whispering to his companion: "Woah. Did you even know he was wearing socks?"; the judge wakes up, slams his gavel and immediately falls back asleep.

Prior to this ludicrous trend, the no-show sock was the high watermark for socks with shorts, offering a clean, tailored look with both dress shoes and casual shoes alike, minus the sweatiness or smelliness of bare feet and the similar temporal biproducts of dress socks. The no-show sock is the most utilitarian sock—the strapless bra of things you put on your feet, I think. Some might argue it is not a sock at all, but hey, I’m no Descartes [cocks his head as if to wonder whether that reference makes any sense].

Exhibit A: No-show socks with loafers for a dressier, work-appropriate look. 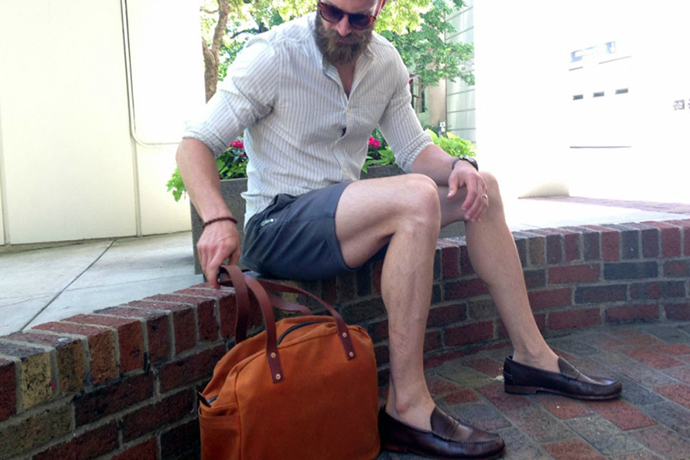 Exhibit B: No-show socks with Vans for a casual, weekend vacation look. 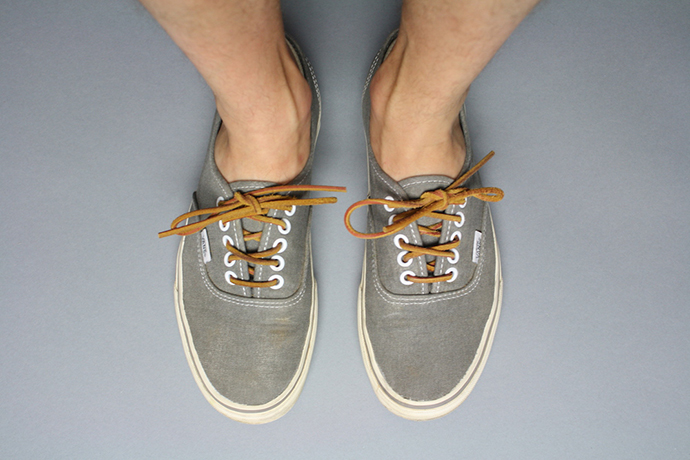 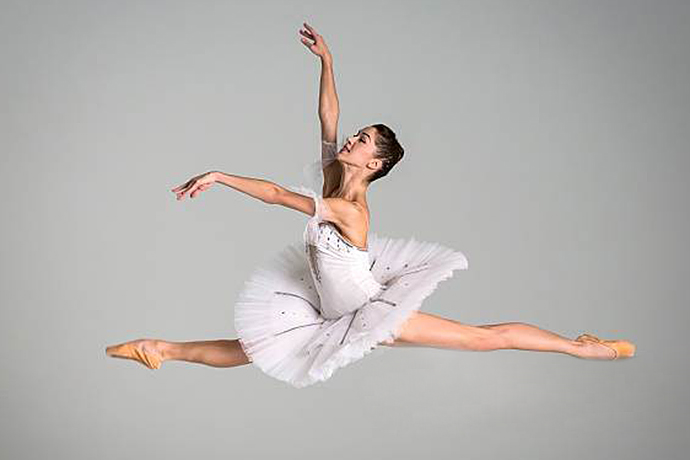 Even if I call up a witness, put him under public oath, and have him swear that his feet don’t get sweaty wearing high socks, it’s like, you’ll hear something else. And yet, I’d like to call up my token out-of-state Cali friend from college, who’s still reeling from that acid he took during that one Cypress Hill concert. He was the kid who inspired my high-sock wearing ways, back in New Orleans. As a Chicagoan, I had a lot of wool socks, and was suddenly thrust into a life of shorts-wearing. This was tough, for someone who was generally opposed to flip-flops. He showed me the way. He said to me, “Bro, you’re going to sweat no matter what. Embrace the heat...also, have you heard of Cypress Hill?"

Token Out-of-State Cali Friend from College: Can I vape in here?

He begins to vape. The courtroom begins to smell vaguely of mango.

Defense (holding up a no-show): Just tell me, what do you think this is?

Token Out-of-State Cali Friend from College: Looks like a used condom….or a cloud.

Defense: That is all.

See, no-show socks? What even are they? They’re not comfortable, they slip off, you lose them. They're disposable, and yet at the same time if anyone finds out you're wearing them it's sort of embarrassing. You're trying way too hard. I'd go as far to ask: If you're wearing no-show socks, are you really being yourself?

Prosecution: Judge, I’d like to move to strike the witness’ testimony from the record. He is very obviously still reeling from the acid he took during that one Cypress Hill concert.

Judge [from behind a cloud of vape smoke]: Sure, so stricken.

Closing Arguments—Prosecution: Socks were designed for a practical purpose: to cover our feet. The no-show is the most practical of socks, serving its most fundamental purpose without detracting from the sartorial value of the rest of your outfit. They can be worn in almost any situation that calls for shorts, whether it be a business casual work outing or a muddy summer music festival where you’re, like, the oldest one there and the only person who doesn’t give a shit about the DJ-du-jour.

High socks with shorts on the other hand? They’re really only appropriate in the most casual or hipster of situations, and even then they’re pretty ugly. Unless you’re invited to a Vice warehouse party or have a VIP pass to the X-Games, I really see no reason for this trend to persist. I mean, just look at my brother...

Closing Arguments—Defense: For the record, I was always that kid at the skate park wearing rollerblades with brakes, plus wrist guards. And a Vice warehouse party? That sounds oddly similar to something they'd cover on Vice.

But yes, look at me, sprucing up my otherwise-boring Sperrys with socks with little trees on them. Look at Tyler the Creator with striped tubed socks and vans, riding the line between high fashion and that kid who'd definitely have made fun of me at the skate park. Look at this other guy, bringing some color to black converse.

I'm not doing it to be cool. I'm doing it because Sperrys are comfortable and socks are comfortable and they feel right together. And I'm riding them high so I wouldn't get ticks out at summer camp, were I still going to summer camp. And because, if I'm going to wear socks, I might as well wear ones that complement my outfit, make my preppy shoes a little less preppy and accentuate my calves. WERE CALVES NOT MEANT TO BE ACCENTUATED?!?!

The Verdict: Having watched models parade the runway in tall, muscled-up Tevas and nondescript skate shoes the past couple years, I’m reminded by this Times article of an old art circle joke: “I may not know what I like, but I know art.” It seems to me the writer has mistakenly conflated what is meant—in designers’ cases—as a means of calling attention to their efforts to make skate style into high fashion (again), and—in Mr. Hill’s case—simple laziness, for a genuine statement of sartorial approval and acceptance.

I can only chalk this misguided notion up to Mr. Hill’s still-in-dispute status as a burgeoning street style icon, but, frankly and disquietingly, the confusion will probably lead to the trend gaining credibility. I have little doubt we’ll be seeing more of this out in the world. However, I’m loath to make this court party to the trend’s proliferation.

But regardless of my personal feelings, I must take into consideration one crucial factor—the absolutely haunting image and indefensibility of the shorts/wool socks/boat shoes combination and the fact that there seems to be fundamental argument on the facts as to whether the defense is wearing or has worn these wool socks, which I deem material to the case at large.

I therefore have no choice but to remand the matter back to circuit court. May God have mercy on our souls.