Start Your Morning With Bourbon, Rum and Tequila 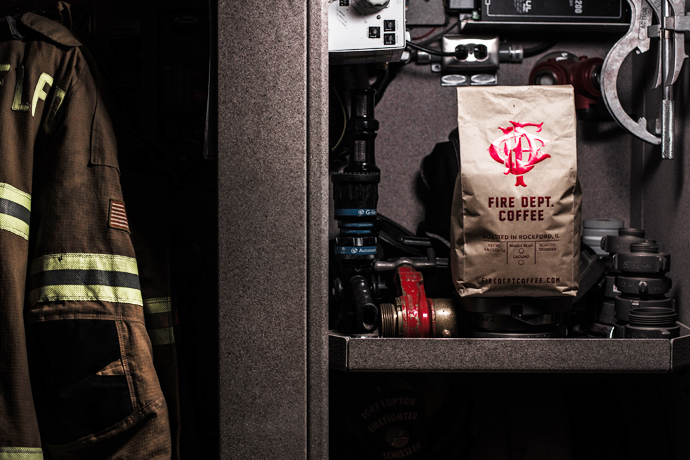 Used to be, if you wanted to put some liquor in your coffee, you had to do it yourself. Something that... really isn’t very difficult at all.

And yet, Fire Dept. Coffee has a new line of booze-infused coffees that’s doing the not-so-heavy lifting for you and infusing that liquor straight into the beans. It’s available online now in three varieties: bourbon, rum and tequila.

To be clear: this stuff doesn’t contain alcohol—just the flavors of it. So depending on your proclivity for drinking at the office, that’s either disappointing or liberating.

But how does it taste? Does it mirror the flavor of actual spiked coffee? Is there a reason to drink this stuff and not just, like, regular coffee with liquor poured into it?

To answer these questions, we did the only responsible thing we could think of. We tried these coffees (we got our hands on the bourbon and tequila varieties—rum still eludes us) alongside the company’s regular coffee that we spiked ourselves with actual bourbon and tequila. It’s a decent way to spend a morning. And it resulted in these tasting notes heard round the office.

“Both are pretty good. They had a light hint of the alcohol flavor that didn’t overpower the coffee itself. Nicely balanced.”

“The tequila-infused coffee matched the taste of the actual tequila-spiked coffee almost exactly.”

“I’m not a coffee person to begin with, but of the two, the tequila-infused version was definitely the best. It didn’t really remind me of booze, though.”

“The tequila coffee tasted like a light roast with a hint of pepper. It’s smooth and doesn’t have a bitter quality. No distinct tequila flavor that I noticed, but enjoyable overall. The bourbon-infused coffee tasted kind of weak. I’d rather spike the stuff myself for that nice speedball of booze and caffeine.”

“The tequila-infused coffee tasted like it actually had some tequila in there and wasn’t too harsh. The bourbon-infused was super light. Not a fan.”

“I love me some bourbon, but didn’t care for the taste of this one... It was more bitter than anything. Even the aroma of the fresh coffee grounds wasn’t what I expected. The tequila-infused was a pleasant surprise, and the aroma was the most appealing.”

“I like the tequila one. I burped after drinking it and that tasted like tequila, too, so... it must be well-infused, I guess?”