It’s About Time Someone Did This to Ice Cream 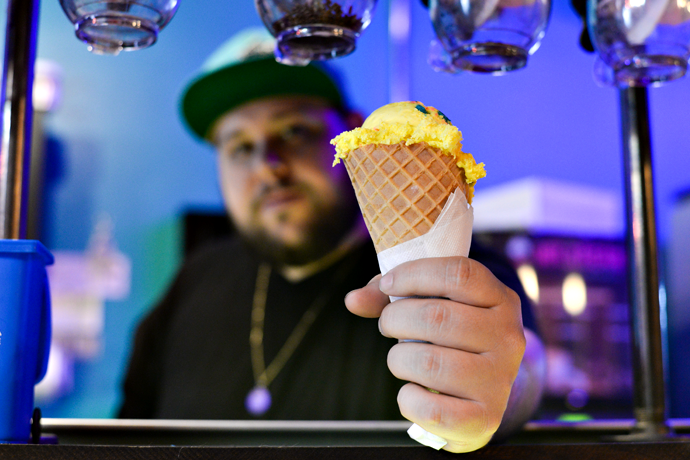 Either a hip-hop ice cream lounge is happening or... yeah, that’s pretty much all that could possibly be happening here.

It’s called Mr. Kream Wynwood, it’s unlike any other place you’ve ever eaten frozen delights in, and it’s open now in the Arts District.

Get a load of this place. A tire rim resides in a corner next to a worn-in couch. A wall of spray paint cans serves as a backdrop to the main table. There’s a black-and-white photo wall of hip-hop heroes to peruse while eating a scoop of mint chocolate chip dubbed “The Chronic.”

The gloriously named concoctions come courtesy of two “chubby DJs” (their words, not ours) who would like nothing more than for you to show up late (they’re open until 3am on Fridays and Saturdays), eat frozen things and listen to some DJ-spun tunes.

Oh, and bonus: they have beer, wine, mimosa popsicles and edible spray paint that you can cover your “Vanilla Ice” cream with.

But by this point you had to see all that coming.