Seafood and Burgers With an Ocean View 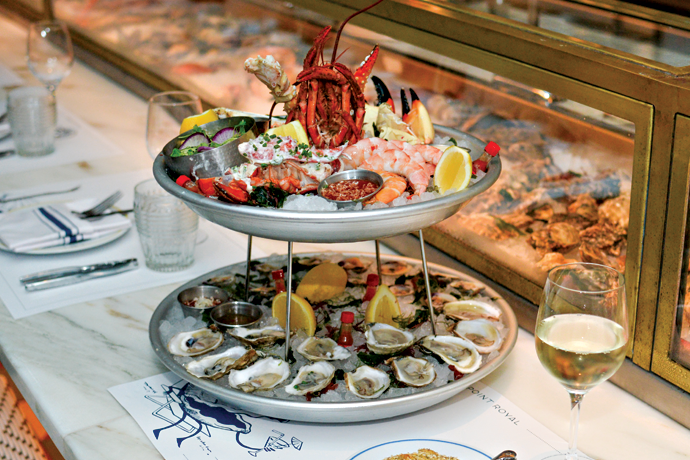 16 Photos Point Royal
There’s a lot to be said for keeping your word.

Last year at SOBEWFF, the guy who gave us the Delano’s Blue Door back in the ’90s said he would open something new at the Diplomat Beach Resort.

Just shy of a year later, he unveils Point Royal, open now. See it here, and feel a newfound sense of trust.

Re: surf, the oceanfront views aren’t bad either. Outdoor seating is situated around a fireplace for those chilly Hollywood nights. Indoors, ornate light fixtures illuminate the blue-and-gold decor. You’ll notice these things when you sit at the stone-and-wood bar and await your upside-down pineapple cocktail. The rum mixes well with fresh pineapple and lime juices. Don’t forget to share. It’s meant for two.

We won’t judge if you want to keep any of that for yourself.