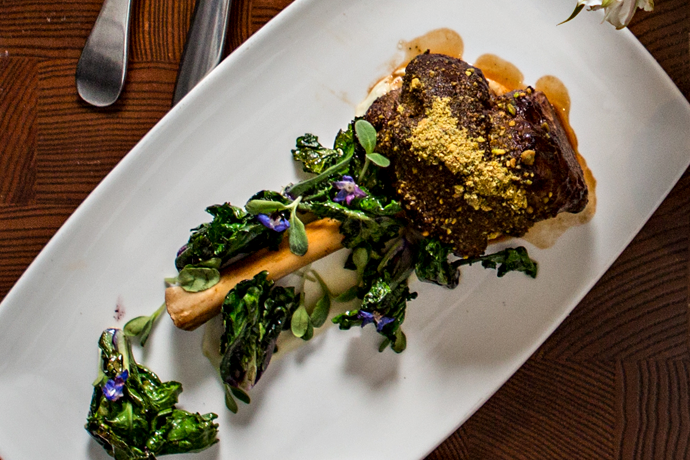 And just because that’s a bit of a non sequitur doesn’t make it untrue.

And so here’s news of Charlie Palmer Steak, a 2300-square-foot palace of Midtown extravagance from one of the guys you think of when you think of steak. It just moved itself into Archer Hotel and it’s open now.

It’s not going for “humble.”
Truffles factor into omelets. The strips are A5 Kobe beef. Burgers are half-composed of ground bacon. There’s no holding back. Here’s the menu to prove it.

It’s not without some playfulness though.
One lobster tail is stuffed with a combination of onion and Ritz cracker. There’s a hard root beer float.

They kept the classics from the old location, but there’s a lot of new stuff.
Think things like handmade pastas and coq au vin with bacon lardon.

For a place with “steak” in the name, the brunch effort is strong.
What with its Bloody Mary and mimosa cart service and its donut wheel, with three different kinds of yeast donuts and the dipping sauces that donuts so often lack.

Business or later-relationship dates will probably both work well here.
Have a look.