La Milagrosa Is Not Just a Mexican Deli

Because That Deli Is Hiding a Mezcal Bar 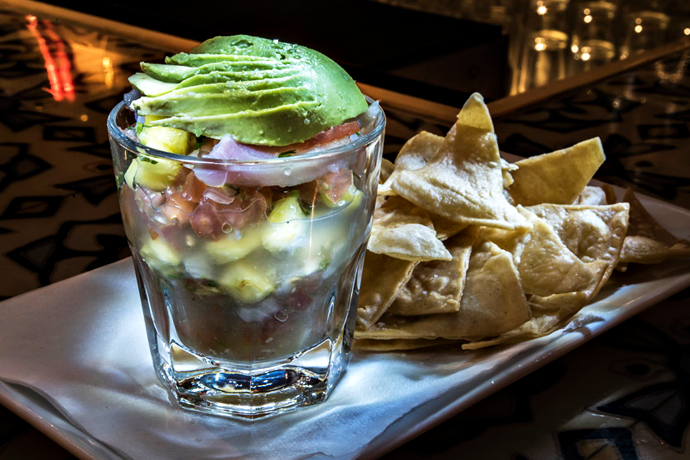 14 Photos La Milagrosa
Today we’re going to jump right in, because it’s one of those Thursdays where you keep thinking it’s Friday and so you could use some real good news. And here that is.

It’s news of La Milagrosa, which will have Mexican foods and agave-based drinks from the La Superior guy. It’s open now in Williamsburg, and that’s all we’ll say for now because we don’t want to spoil the surprises yet.

First, know the name means “The Miraculous,” which is a bold statement, but let’s give it a rundown:

—You enter into what looks like a deli. Nice to have a place for Mexican groceries—chorizo, prickly pears, moles, and some juices and Oslo coffee. Maybe not something you’d write home about though.

—But if you were to ask about the large freezer door at the back of that deli—and you should—they’d give a wry smile and say “open it,” and doing so would reveal a fully tonal-wood-paneled, cove-ceilinged shelter for…

—…primarily drinking mezcal cocktails and eating many ceviches (photos here). But also a jukebox full of classic 45s, disco ball, DJ booth that’ll frequently be in use, and a lot of Virgin of Guadalupe candles.

—To listen to the 45 of your choice, go to the bartender and politely ask for a coin. Then insert coin and choose a good record.

—The back’s reservations-only. Call the number we gave. Tell them we sent you. Don’t not bring a date.